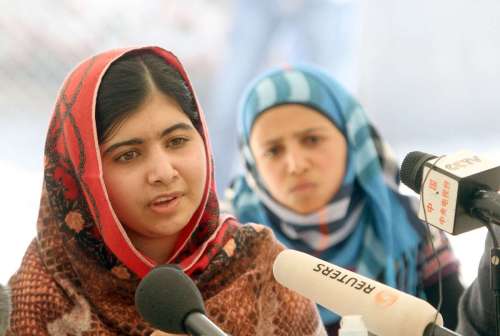 An anti-terrorism court (ATC) in Pakistan sentenced ten men to 25 years’ imprisonment in the case related to the 2012 attack on child activist Malala Yousufzai.

The ATC in Swat district of Khyber-Pakhtunkwha province awarded life imprisonment to the 10 men who attacked Malala, who was campaigning for the education of girls.

The Pakistan Army in September 2014 claimed the 10 Taliban terrorists involved in the attack on Malala Yousufzai were arrested and announced they would be tried under anti-terror laws.

The arrests were made on information provided by Israrullah, one of the alleged shooters, who was the first to be arrested.

Malala was 14 when a Tehreek-e-Taliban gunman shot her in the head as she travelled on a school bus. Last year she was honoured with the Nobel Peace Prize alongside India’s Kailash Satyarthi for risking their lives to fight for children’s rights.

Malala survived after being airlifted to Britain for treatment and recovered from her life-threatening wounds.