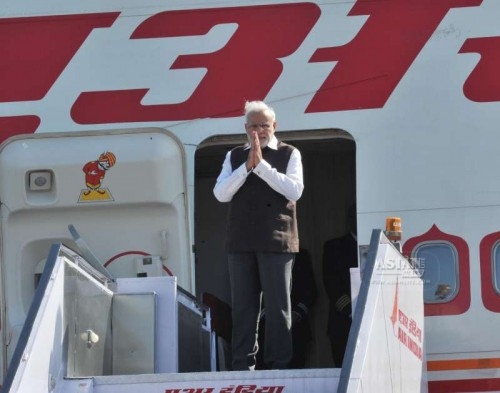 Prime Minister Narendra Modi has said that he wants to work on a roadmap to qualitatively upgrade economic relations with China. He also said that he was open to discussing regional connectivity, including the Silk Road concept, with Chinese leaders.

“I look forward to working out a roadmap for qualitatively upgrading our economic relations and seek greater Chinese participation in India’s economic growth, especially in transforming India’s manufacturing sector and infrastructure,” Modi said in an interaction with New Delhi-based Chinese media on Tuesday on the eve of his visit to China.

The prime said he wanted to focus on how India and China can further strengthen mutual trust and confidence, so as to realise the full potential of the relationship, China’s state-run Xinhua news agency reported.

He also said that he believed the relationship between India and China could be one of the most important relationships of the century. “I intend to work with the Chinese leadership to lay the foundation for this,” he said.

On the potential cooperation between India and China on the “Silk Belt and Road” economic cooperation plan, Modi said that since ancient times, Asia has been connected in a variety of ways by land and sea.

“Today, a re-emerging Asia must reconnect its many regions and with the world beyond. Like China, India too is seeking to strengthen connectivity to the East and West. India and China are also working together on Bangladesh, China, India and Myanmar Corridor,” he said.

The prime minister said this would be one of the issues that he expected to discuss with Chinese leaders.

Regarding cooperation on the Asian Infrastructure and Investment Bank (AIIB), the prime minister said India and China have been cooperating since last year in creating the AIIB.

“We welcome the initiative that can play a role in meeting some of the large demands for infrastructure development in our region. This is an example of expanding cooperation,” he said.

On India’s participation in the Shanghai Cooperation Organization (SCO) as a full member, Modi said his government hoped to intensify its engagement with the SCO in the coming years, especially in the spheres of economic development, energy cooperation and counter-terrorism.