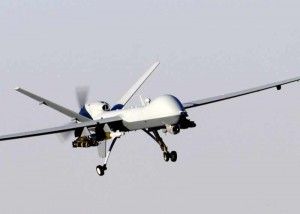 Pakistan condemned a recent US drone strike in the country’s North Waziristan tribal region which killed at least six people.

Security officials said the US unmanned aircraft fired missiles on a compound in the mountainous Shawal area on Saturday. Sources said some foreigners were among those killed in the strike that was carried out after weeks of lull in the US attacks.

“We condemn such strikes which are a clear violation of Pakistan’s sovereignty and territorial integrity,” the foreign ministry said in a statement.

The strikes generated distrust among the local people at a time when the Pakistani forces’ offensive against the militants in the region was moving ahead decisively, Xinhua news agency cited the statement as saying.

The Pakistani forces had launched a major offensive against the Pakistani Taliban and other militant groups in June last year that led to the displacement of nearly one million people.

“We reiterate our call for a cessation of such strikes,” the ministry said.

It said the US carried out strikes when the focus of the government was shifting toward rehabilitation of the civilian population in North Waziristan.

Senior US officials said the CIA-controlled drones were targeting militants who use Waziristan as a launching pad for their cross-border attacks into Afghanistan.

Pakistan has earlier denied that the recent series of drone strikes had any link with the ongoing military operation.