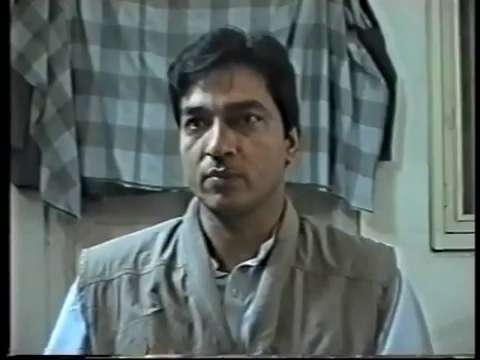 Pakistan’s most famous death-row inmate was executed  in the high-security Machh jail in Balochistan province, weeks after a sensational videotaped confession that became the focus of a major political drama.

Saulat Ali Khan, alias Saulat Mirza, was a former activist of the Muttahida Qaumi Movement (MQM), the political party that has its power base in the southern port city of Karachi. Khan was convicted by an anti-terrorism court in 1999 of the murder of Shahid Hamid, the then chairman of the government-owned Karachi Electric Supply Co., along with his bodyguard and driver in a targeted assassination in 1998.

Khan was well known in Karachi, but gained national — and international — fame after a pre-recorded confessional video statement was broadcast by national TV channels just hours before he was to be hanged on March 19 earlier this year.

In the statement, Khan admitted to carrying out several political assassinations of rival party leaders and government officials as well as attacks on security forces on orders from the MQM leadership, in particular London-based party chief Altaf Hussain.

The MQM leadership has denied the allegations, but it had also recently distanced itself from Khan after fighting for his release for more than a decade.

“He was a bit tense at night and spent it smoking and writing letters to his family,” a prison official who witnessed the execution said. “But when he was walked out to the gallows, he was composed and unemotional. His last words were that he would like the families of the people he murdered to forgive him.”

The MQM was founded by Mohajirs, Muslims who migrated from India following partition in 1947. Rival parties and security officials said the MQM also ran extortion and criminal rackets in the city, through what they called was the party’s militant wing. Khan was purported to be leader of that wing.

MQM leaders denied ties with criminal activities and the existence of a militant wing. But the party has been on the defensive. On March 11, the paramilitary Rangers force raided the MQM headquarters in Karachi, arresting several people, including at least four men sought in connection with several high profile murders, including that of a local television journalist.

Saulat Ali Khan’s body has now been handed over to his relatives and a burial is expected to take place later in Karachi in what MQM watchers said could be a highly charged political atmosphere.