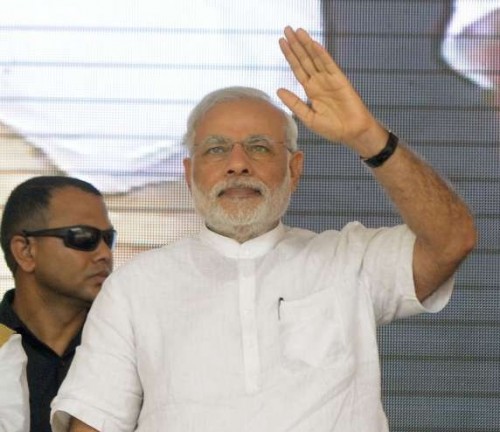 Protests were held across Pakistan’s Sindh province to voice anger over what people described as “Indian war hysteria and inhuman brutalities being meted out to the Rohingya Muslims in Myanmar”.

Activists of almost all religious parties and a number of political parties took out rallies and staged demonstrations across Sindh, Dawn online reported.

Pakistan Muslim League-Quaid (PML-Q) and Pakistan Sunni Tehreek (PST) protesters burnt Indian flags and effigies of the Indian prime minister at the end of their rallies.

Sindh PML-Q president Haleem Adil Shaikh, while addressing workers outside the Press Club in Hyderabad city, said that all Pakistanis were united for the security and integrity of their homeland.

If India committed the mistake of resorting to aggression, the entire nation would back its army, he said.

The participants in Friday’s rallies marched on different roads before converging at the press club where their leaders said the Indian premier’s statements had deeply hurt Pakistanis.

They said that Pakistan was a powerful country and its army knew how to guard the boundaries of its homeland.

Jamaat-ud-Dawa (JuD) leader Maulana Qari Mehmood urged the government to eliminate India’s Research and Analysis Wing (RAW) agents from the country and appealed to Muslim countries to stand united on one platform against Myanmar’s brutalities against Muslims.

The protesters condemned the ethnic cleansing of Rohingya Muslims, and above all, the criminal silence of international organisations of human rights, the UN as well as European countries over the massacre of Muslims.

They also demanded that Pakistan should send back the Myanmar ambassador whose country was involved in systematic ethnic cleansing of the Rohingya Muslims and rape of their women.

Similar protests were held in Ghotki and Kandhkot districts.