In the night of the tyrants, Who calls my name from afar? I must climb the scaffolding of the gallows to see beyond the prison parapets. Have they waylaid the caravan of the new dawn?
“Majrooh Sultanpuri”

The hanging of Yaqub Memon has divided India. There is the largely Hindu establishment seeking revenge in the guise of justice. In competition is the softer, compassionate Hinduism taking the battle for justice almost to the moment of Yaqub Memon’s hanging….writes Saeed Naqvi

I had turned up in Mumbai to cover the aftermath of the 1993 bomb blasts. On my way to meet Rusi Karanjia editor of Blitz and journalist Olga Tellis, at the US Club in Cuff Parade, I tried to engage with my Muslim taxi driver. “How were Muslims reacting to the blasts.”

He was abrupt to the point of being rude. He said he was a hard working man who did not have time to concern himself “with riots and blasts”. He asked me if I was a Muslim. “Recite the Kalma”, he demanded. Then, reluctantly, he pulled the taxi by the side of the road.

“Dekho, sab barabar ho gaya.”(Look, it is even now). “Ab train mein enter karo aur kaho ‘Assalamalaikum’, sub raaste dete hain.” (Now, enter the train and greet them like a Muslim and they make way for you.)

This precisely, was the sentiment that had to be crushed, Karanjia said, after I told him the story. Since the collapse of the Soviet Union, Karanjia had shed all left wing pretensions. He now spoke the language of the extreme right.

The way he juxtaposed the Mumbai riots of January-February against the blasts of March took my breath away. According to him, the state had sided with the rioters during the riots. That is why there was no reprieve for the victims. The blasts were an assault on the Indian State. This would not be tolerated. His brazen endorsement of majoritarianism planted the first doubts in my mind that towards the end, Rusi Karanjia did not always know what he was saying.

Since the blasts had taken place under the watch of then new chief minister, Sharad Pawar, Maratha pride had been challenged too. 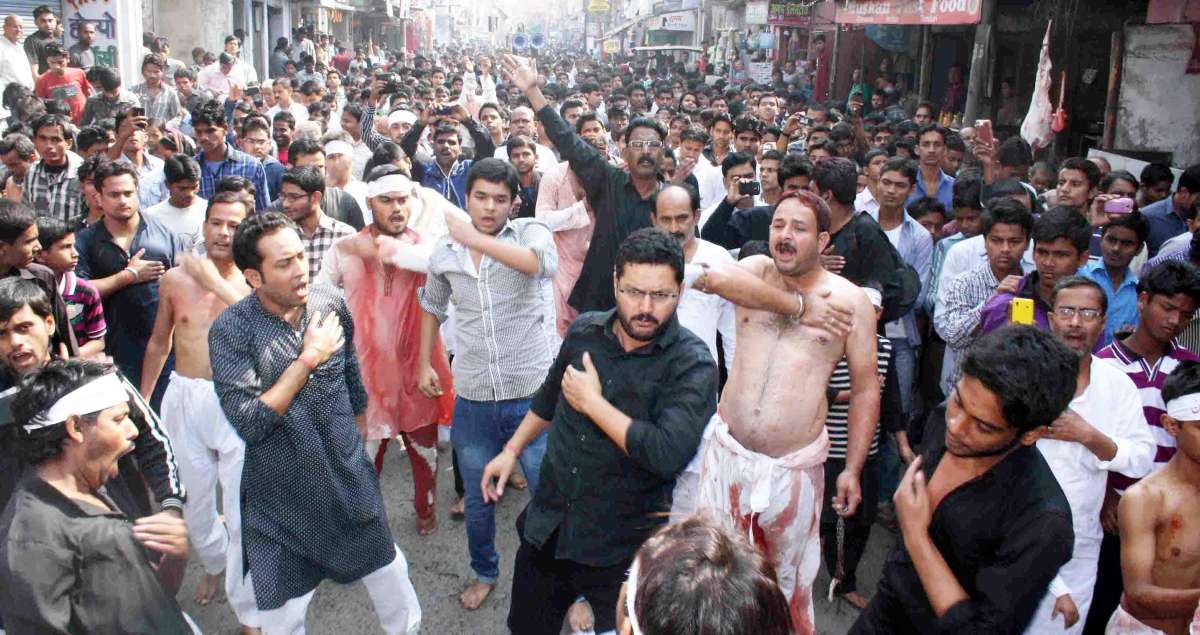 The Babri Masjid was demolished on December 6, 1992, leading to agitations across the country which was attacked by mobs, with the police standing by or giving the mobs a hand, by a helpful round of firing. On January 5, 1993 riots erupted in Mumbai in similar fashion. An orgy of arson, loot, murder of Muslims by Shiv Sainiks, abetted by the police crossed the borders of the macabre. This was not dissimilar to the Gujarat riots of 1969 where I found myself in my capacity as Press Officer to the Frontier Gandhi, Abdul Ghaffar Khan, then on a year long visit to India. The Congress chief minister was Hitendra Desai. Over 500 people, mostly Muslims were murdered. The great singer Rasoolan Bai’s house was gutted.

It is a fallacy that the Gujarat pogrom of 2002 were worse than the one sided massacre in the January-February Mumbai mayhem supervised by Bal Thackeray and overseen by the Congress Chief Minister, Sudhakar Naik. He, alas, was not in the good books of Pawar who, at that crucial stage, was defence minister in Delhi, smarting under the fact that P.V. Narasimha Rao had bypassed Pranab Mukherjee and him to the top job.

As Mumbai burnt, Sharad Pawar and Sudhakar Naik locked themselves into a hopeless stalemate. Pawar, as defence minister, would not send sufficient troops. He was content that the scale of the pogrom would expose Sudhakar Naik’s incompetence. Also, the troops would come directly into conflict with the Maratha lumpins on a rampage. Carrying the banner of Maratha pride, he did not wish that to happen.

Naik was sacked. Pawar took over as chief minister. Just then the blasts happened. Atal Behari Vajpayee, who is generally believed to have been critical of the Gujarat pogrom, did, nevertheless, describe it as a “reaction” to the Godhara train burning. Surely, the Mumbai pogrom and the blasts can be likewise equated.

The hanging of Yaqub Memon has divided India. There is the largely Hindu establishment seeking revenge in the guise of justice. In competition is the softer, compassionate Hinduism taking the battle for justice almost to the moment of Yaqub Memon’s hanging.

This is the India that has held the country together. Former judges, lawyers, bureaucrats, social workers, teachers, journalists, students, other professionals who spoke on TV channels and congregated at the Jantar Mantar, and held meeting across the nation – this is the India that Muslims in their current phase of alienation would naturally gravitate towards, the clergy willing, ofcourse. But this precisely is the large swathe of India without an identifiable platform or a party. The BJP, and the Congress too, increasingly, are an anathema to these groups and the minorities.

In this situation, almost by default, the man on the white charger happens to be Asaduddin Owaisi. He pulls no punches, and is more articulate than most political leaders and TV panellists. For his opponents he is flawed because he holds his ground firmly with expert references to the Constitution. How this Sole Spokesman phenomena plays itself out has to be watched.

While there was no mercy for Memon despite the gaping holes in the case, the open and shut case of Rajiv Gandhi’s murderer, was considered worthy of a pardon. Likewise, Devinder Singh Bhullar, convicted for the Delhi blasts, has escaped being hanged.

There is a straightforward political angle. Karunanidhi and Parkash Singh Badal can pull strings with the centre for individuals from their respective states because of their participation in national coalitions.

While regional leaders can protect their murderers, the 180 million Muslim, the second largest Muslim population in the world, ironically have no comparable pull. How Owaisi harvests this incrementally ghettoised anger has to be monitored. He can cast a spell on Muslim youth but he cannot have this translated into votes by playing solo in a crowded field. He will have to select coalition partners. These will not be the Congress nor the BJP.