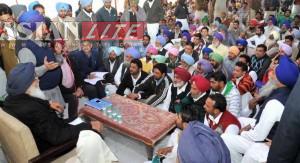 Sikhs in Australia have expressed outrage after a daily published a cartoon of a Sikh man smoking a cigar, a media report said.

“You would never see a person of Sikh faith smoking — not even a cigarette, let alone a cigar, so it just seems out of context,” Special Broadcasting Service (SBS) quoted the executive producer of its Punjabi programme Manpreet K. Singh as saying.

“Obviously people who follow the religion feel outraged about it,” she added.

The cartoon was published in the Herald Sun.

Tobacco and drugs are strictly forbidden in Sikhism, which is the reason many took offence to cartoonist Mark Knight’s drawing, the daily said.

Knight said the cartoon was in relation to Treasurer Joe Hockey’s policy to make small business the engine room of Australia’s economy.

“I wanted to show a typical small business so I decided on an Indian couple running a corner store”.

“I like to represent real life in my cartoons and seeing that Indian born Australians run many of our small businesses, I decided to represent them in a cartoon,” he said.