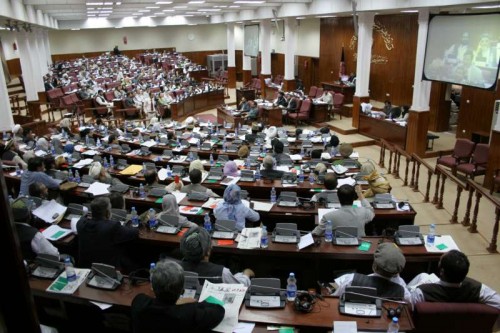 At least 21 people were injured when a string of explosions rocked the Afghan parliament complex and a gun battle ensued between Taliban militants and security forces, officials said.

According to eyewitnesses, a car bomb exploded at the gate of the parliament premises, leaving dozens of people, including five women, injured,

According to interior ministry spokesperson Sediq Sediqi who confirmed the attack, two terrorist have been killed and one attacker was still inside a building under construction near the Parliament House, Ariana News reported.

“Several mujahideen have entered the parliament building, heavy fighting is on going,” Taliban spokesman Zabihullah Mujahid posted on Twitter. “The attack happened at a time when the defence minister was being introduced,” he added.

According to the media reportes, some lawmakers were evacuated from the building while others remained holed up in the building’s basement.

The attack comes when Second Vice President Sarwar Danish was introducing Massoum Stanekzai, the nominee for the crucial post of defence ministry, to the lawmakers for a vote of confidence.

The militants recently rebuffed requests from senior Afghan clerics to halt attacks during the fasting month of Ramadan even as a surge in violence has sent civilian casualties soaring.