Priyanka talks to Hyeonseo Lee, the author of  best-selling The Girl With Seven Names. She says she is keen to help North Korean defectors fleeing from a brutal regime’ 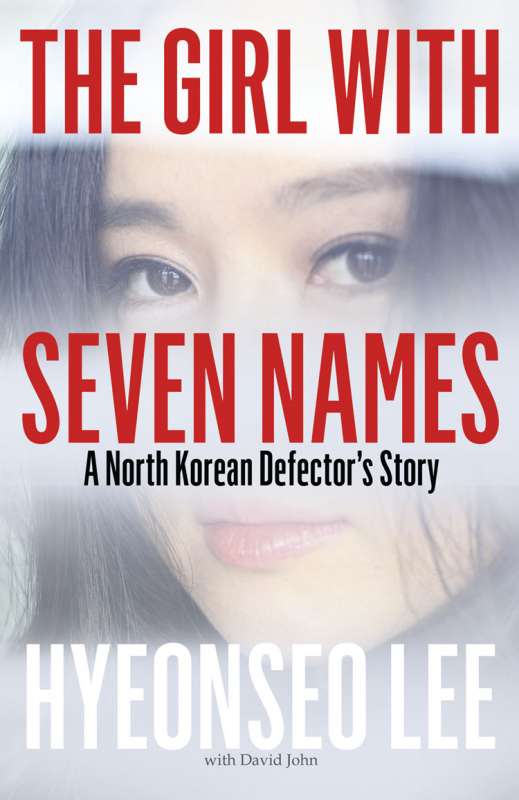 Hyeonseo Lee grew up “brainwashed” by the North Korean regime and endured the “starving and suffering” of people around her. She was 17 when she fled to China from her home country – a “strictly monitored society” that uses “fear as a tool of oppression”.

Hyeonseo, in her book, writes about her growing up years, her escape from North Korea in 1997 till the time she reached South Korea in 2008. “The Girl With Seven Names” is drawn from the life she led in the closed regime and the tense period when she hid her identity from authorities, behind the veil of several identities.

Hyeonseo Lee is not the name she was born with but the one she gave herself, the book begins by saying. She even addresses her uncles and aunts as Uncle Poor, Uncle Money, Uncle Opium and Aunt Old – to protect some of them from possible repercussions.

In an interview, Hyeonseo said that like so many other North Koreans, she too believed that her country was the “best on the planet” and that the leaders “were sincerely protecting and serving” them.

As a child, her favourite subject was memorising the Dear Leader’s revolutionary history because she thought it was important.

But as she grew, doubts began to grow too. She secretly watched Chinese TV and was fascinated by it. There was a bigger world beyond North Korea, she began to think.

There were early signs that things were not what she was led to believe.

One of the most prominent memories of her childhood was witnessing the first public execution at age seven.

“I saw a man hanging by his neck under a railway bridge. I will never be able to forget that horrible experience.”

“The North Korean regime uses fear as a tool of oppression; so we know that we shouldn’t say anything against the regime or the propaganda that we were fed constantly,” said Hyeonseo.

She said: “The North Korean regime also has an elaborate system of surveillance where neighbours spy on neighbours and nobody can really trust each other. Even husbands and wives have to be careful what they say in front of each other because if they get divorced there could be a big problem.”

Initially, she accepted “the propaganda and the oppression as normal”. As North Koreans, “we all somehow knew how to be careful about what we were saying. If we didn’t, we could be severely punished”.

When the country was hit by a famine in the 1990s, she realised the nation was reeling under serious problems.

“I read a letter that my mom brought home from a co-worker’s sister whose entire family had run out of food and was starving and simply waiting to die. I was shocked that this could go on in my country. Not long after that I began to notice a lot of beggars and even dead bodies on the streets.

“One time I saw an emaciated child lying helplessly in his dying mother’s arms. I felt so sad that I placed some money in the child’s hand even though I knew it wouldn’t last. It was devastating to see my own countrymen dying in front of me. Everyone was so focussed on themselves that they couldn’t even help other people,” said Hyeonseo.

Since her family lived near the border, she escaped one night with the help of a smuggler friend and a border guard, who had a soft corner for her. She crossed the loosely guarded border on the frozen river into China where she stayed for almost a decade, a period she describes as painful.

She learnt Mandarin by watching TV and on being goaded by her father. Once she narrowly escaped from being captured in China – which returned North Koreans back to their country – by sheer dint of her language ability. She had to be on her toes at all time, hiding her true identity and feelings from everyone.

For Hyeonseo, who is now in her early 30s, raising awareness is the most important first step in her campaign to improve human rights in North Korea and to support North Korean defectors.

“Even though North Korea has been abusing its people for many decades, the international community has only recently begun to awaken to this travesty,” she said.

“Many people around the world have contacted me to tell me that they were not fully aware of the situation in North Korea. My main focus is to help North Korean defectors who have suffered so much to reach freedom,” she concluded.

The book, published by HarperCollins India, will be released in the country on August 15. Following are excerpts from the book:

My mother was one of the eight siblings – four daughters and four brothers – all of whom possessed the characteristic Hyesan stubbornness. They were to have curiously diverse careers. At one extreme was Uncle Money. He was an executive at a successful trading company in Pyongyang and could obtain luxurious Western goods. We were very proud of him. At the opposite end was Uncle Poor, who had sunk in the songbun system after marrying a girl from a collective farm. He was a talented artist.

The other brothers were Uncle Cinema, who ran the local movie theatre, and Uncle Opium, a drug dealer. Uncle Opium was quite an influential figure in Hyesan.

I believed that I could get pregnant if I kissed a man, or held hands with him. My girl friends thought the same. The boys’ ignorance of sex was just as bad. I once saw a group of youth in their early teens near the pharmacy opposite Hyesan Station blowing up condoms as if they were balloons, and kicking them about in the street. If someone had told them what those items were for, they would have run away red-faced.

Disappearance of Father
A group of men from Pyongyang were waiting for my father at the bridge. They were officers of the Military Security Command. This organisation is separate from the Ministry of State Security, the Bowibu. It is a secret police that watches the military. Another ten days went by with no news. We knew only that he had been detained while investigations were made into his business conduct. To the outside world my mother presented the hardened, no-nonsense mask she always wore. At home, she became brittle and tearful. She began to steel herself for the worst. She knew that few people ever emerge from such detentions unharmed, or even emerged at all. I had never seen her like this.

Kims’ brutal regime
Sympathetic People I’d met in China would sometimes express their bewilderment that the Kim dynasty had been tyrannising North Korea for almost six decades.
The Kims rule by making everyone complicit in a brutal system, implicating all, from the highest to the lowest, blurring morals so that no one is blameless. A terrorised Party cadre will terrorise his subordinates, and so on down the chain; a friend will inform on a friend out of fear of punishment of not informing.

Famine in the country
A shadow began to fall across Hyesan. Beggars were appearing everywhere, especially around the markets. This was a sight I’d never seen in our country before. There were vagrant children, too. At first, only in twos and threes, but soon many of them migrating to Hyesan from the countryside. Their parents had perished of hunger, leaving them to fend for themselves, without relatives. They were nicknamed kotchebi (flowering swallows) and, like birds, they seemed to gather in flocks.

Night of escape
The date I chose was in the second week of December. I was resolved to leave after dinner. there was little I could take. I had no Chinese currency, and I could hardly let my mother see me leave the house with a bag of spare clothes.
That evening my mother was cooking an unusually elaborate meal.
‘Why’ve you made so much food?’ I said.

She had prepared much more than we normally ate. The kitchen was warm and smelled wonderful, of spicy stew and marinated pan-fried meat. she had even made bread in the steam pot. Her back was towards me as she stirred the pan.
‘I just want to give you both a nice meal,’ she said simply. My heart missed a beat. I don’t think she’d guessed what I was about to do, yet it felt like a farewell supper. That evening I ate as much as I could. After the bowls were cleared, I put on my coat, as if it had just occurred to me to go out.

Crossing over
I began to walk. My footsteps seemed very loud. Eventually, there, about ten yards ahead, I could make out the figures of Chang-ho in his long coat, patrolling the riverbank with his rifle on his back. Luckily, he was alone.
There was just enough light to see by. The river beside me was a winding road of ice – pale and translucent, as if it were absorbing the starlight.
I called Chang-ho’s name in a low voice. He turned and waved and switched on his flashlight.
Before he could say a word I said: ‘I’m crossing over to visit my relatives.’ I saw his eyebrows shoot up. I’d never mentioned relatives to him before. He thought about this and shook his head slowly.
‘No,’ he said dubiously. ‘Too dangerous.’ His mouth turned down with concern. ‘You could get into big trouble. And how would you get to where your relatives live? You don’t speak Chinese. And you’re alone.’
‘I know people just there who’ll help. I nodded in the direction of Mr Ahn’s house. He stared at me for several seconds. It was as if he was seeing a different person.
‘All right,’ he said slowly. ‘If you’re sure.’ He was extremely reluctant about this. ‘Don’t be longer than a couple of hours.’

In dragon country
Far from being happy to see me, her (soo-jin’s) eyes were darting about, as if she thought she was being followed. She said the police had come to her apartment and asked for her ID. She didn’t have one. They arrested her and processed her at the Xita Road Police Station, then deported her back to North Korea. She was imprisoned for three months in a Bowibu holding camp. Hygiene was non-existent and each meal consisted of ten kernels of corn. New arrivals quickly contracted diarrhoea, which, with starvation rations, killed many in a matter of days.
On her release she was made to sign a document vowing never to escape again. She knew that if she was caught a second time, she would not survive the punishment. Scars from kicks and beatings were livid on her legs. She said that China was too dangerous for her now. She was determined to get to South Korea.

Haven for defectors
My nightmares had stopped, but curiously it was here, in this haven, that many defectors’ ordeals caught up with them, and tormented them in dreams. Some suffered breakdowns, or panic attacks at the thought of the super-competitive job market they were about to enter (in South Korea). Psychologists were on hand to talk to them, and medics too, to tend to chronic, long-neglected ailments.

Settling down
To prevent the creation of a North Korean ghetto, the South Korean government disperses defectors to towns and cities all over the country. We can’t choose where we are sent. Ninety-nine percent would prefer Seoul, but given the shortage of housing, only a few were selected. Each of us was given a grant of 19 million won (about $18,500) for housing expenses.

(Excerpts carried with permission from HarperCollins India, the publishers)