The scenario becomes grimmer when the ANSF casualty figures are taken into account. In the first 15 weeks of 2015, these rose by 70 percent over the corresponding figures in 2014. At present, it has been suffering 330 casualties a week on an average.

The situation is worrisome for India as New Delhi had extended its helping hand, albeit indirectly, towards the ANSF’s training and capacity building and had looked towards it as a bulwark against the Taliban.

The western powers, which have invested $60 billion towards raising and capacity building of the ANSF, are also worried. Their anxiety has been heightened by two reports of the Special Inspector General of Afghan Reconstruction (SIGAR) which have brought to light the ANSF’s declining numerical strength and firepower. In March, the ANA’s strength stood at 169,203 – a decline of more than 15,000 or 8.5 percent from what it had been in February 2014. This has been the ANA’s lowest numerical strength since 2011. The main reasons are desertion, absenteeism and going on leave without informing the superiors.

This year has turned out to be the bloodiest in recent times as with merely 10,000 NATO-led International Security Assistance Force (ISAF) soldiers remaining, the Taliban has identified the ANSF as the soft target. The problem has been compounded by the fact that most of the ANSF personnel are illiterate and are finding it difficult to imbibe the techniques of modern warfare. As a result, it is suffering heavy casualties.

These are no signs of a security force which can take on the Taliban and the growing number of Islamic State fighters. The Taliban’s recent takeover of Kunduz city and the response by the Ashraf Ghani administration indicate further chaos and loosening of central administration in the near future. The capture of Kunduz shows the Taliban is gradually shifting its focus to urban warfare, a thing it desisted from undertaking as long as the strong arm of the ISAF was there. The Taliban has also been emboldened by a near-absence of air power by the ANA, which possesses only five Soviet built Hind helicopters. The situation has been so desperate for the ANA that it is now adding guns to Mi-17 transport helicopters. But these choppers are not fit for providing any air support.

NATO now realizes that by giving birth to a crippled child named ANSF it has created a dangerous scenario and, therefore, it had to deploy its aircraft to retrieve the situation in northern Afghanistan. But dissipation of any central authority is likely as the Ashraf Ghani administration enlisted the services of dozens of former mujahideen warlords in freeing Kunduz from the Taliban. Prominent among them are Amanullah Guzar and Jan Ahmed, two former Jamaat-e-Islami commanders. Ironically, the US Army had last June destroyed an illegal cache of arms belonging to Jan Ahmed.

The ANSF is now bedevilled by tribal cross currents. In Ashraf Ghani’s administration, Abdul Rashid Dostum is a vice president. Dostum is a leader of the Uzbeks and Kunduz has a significant sprinkling of Uzbek population. However, the Uzbeks in the area did not try to raise any opposition to the Pashtun-dominated Taliban’s surge and then ultimate takeover of Kunduz. Perhaps it is because of the fact that much of the top level commanders of ANA are Tajiks while the bottomline is composed of Pashtuns. The Uzbeks do not find much space in it.

The involvement of the former mujahideen militias has brought to fore the possibility of vertical splits in Afghan polity. Already Amrullah Saleh, a former intelligence chief and an outspoken opposition politician, has accused Ashraf Ghani of attempts to stymie war efforts of the Junbish and the Hezb-e-Islami, respective militias of vice president Abdul Rashid Dostum and Muhammed Khan, the first deputy chief executive officer. At the same time, several MPs and Mohammed Mohaqiq, the second deputy CEO, have demanded that the defence and other security-related portfolios must be handed over to former mujahideens. They have been supported by Ismail Khan, a mujahideen warlord, who holds complete sway over the Herat region.

The question is: Can the ANSF really save the country? This is something that is increasingly becoming difficult. 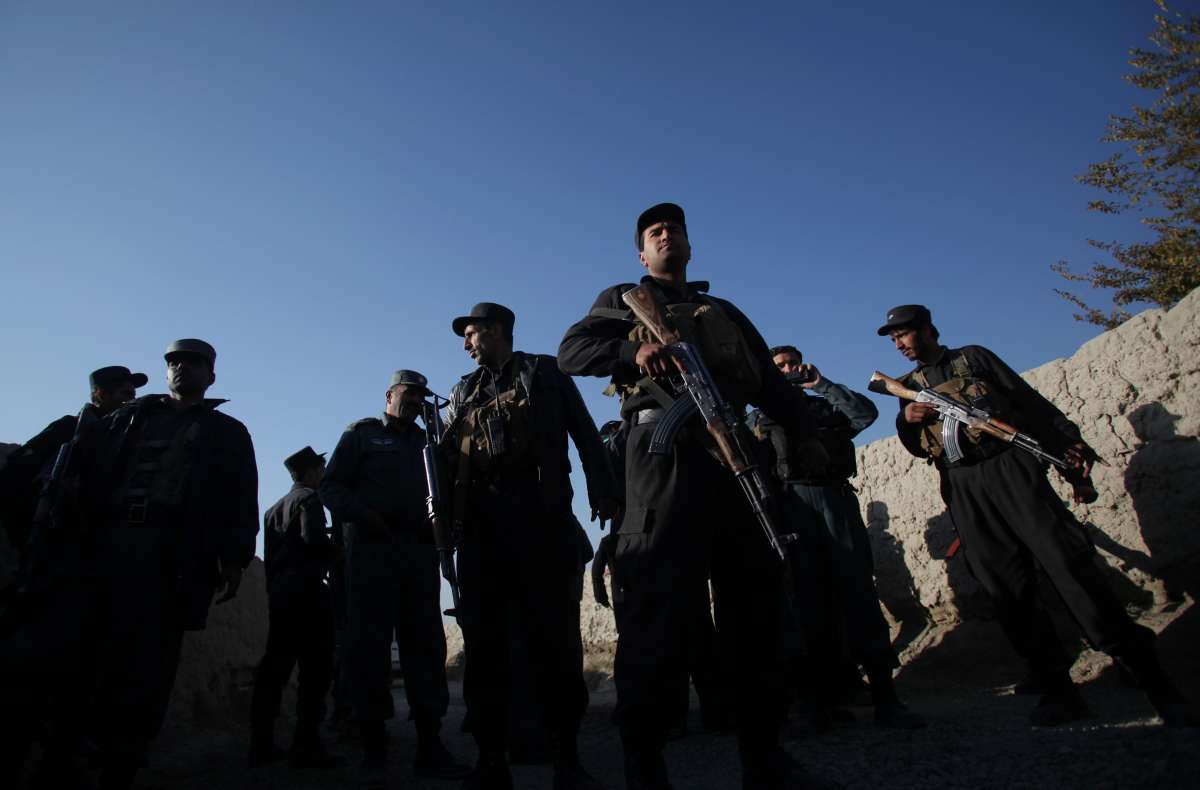