The increasing reports of rapes in India call for a relook into the adjectives we use to describe the horrendous acts, which in a way redefine ‘humanity, writes Sabin Iqbal 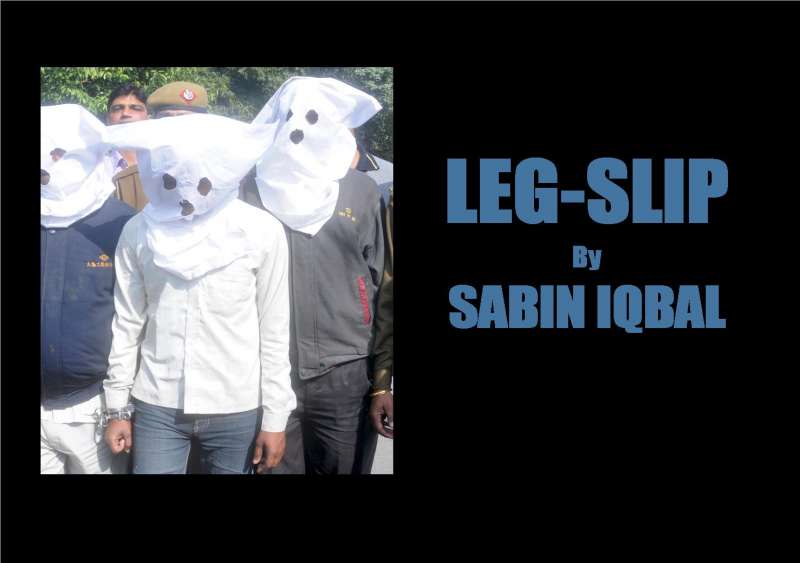 George Orwell in his popular essay on English language and politics has said that language can influence thoughts. Going by what is happening in our society—in many societies across the world for that matter—we have to conclude that the reverse process is very much possible.

The danger is, any decline in our linguistic and media practices can breed a perverted society.

It has to be studied if the increasing incidents of rape and sexual violence, being reported in India, have anything to do with our ‘language’—both verbal as well as visual.

Influence of language—in its original verbal form—in a person begins even before his or her birth. According to a recent study conducted by the Institute for Learning and Brain Studies at the University of Washington, ‘language learning begins prenatally, perhaps as soon as fetuses are able to hear—after about 30 weeks of gestation—with their initial focus on vowel sounds, which are louder, longer and more rhythmic than consonants’.

In short, even before an infant is born, the influence of language is evident, and as it grows up in a media-driven world, its character and culture are shaped by the ‘language’ it comes across.

We live in a time when we have exclusive television bulletins for crime stories, which often reenact gruesome criminal stories, and telecast just before we go to bed. Imagine the influence of those images and crimes in our mind, let alone in all-absorbing children glued to the television. To describe our own subversive acts, we, ironically, compare them with animals.

‘Bestial’ had been a word often used to describe the infamous incident of gang-rape in New Delhi. Bestial and brutal are two words we use to define an action that is cruel and insensitive.

Bestial, etymologically, suggests something pertaining to beasts or animals or ‘subhuman’. But which animal or beast gang-rapes and after gang-raping, inserts all sorts of deadly stuff into the victim’s genitals?

Wild animals hunt in pair. They don’t rape in pair or in gang. They kill for food. They attack to defend; they pounce on their prey because that is the thumb of rule for them. That’s the rule and nature of jungle—their society. But why do we attribute our most insensitive and cruellest acts to animals while human beings are the cruellest, the bloodiest and the most violent of all creatures? 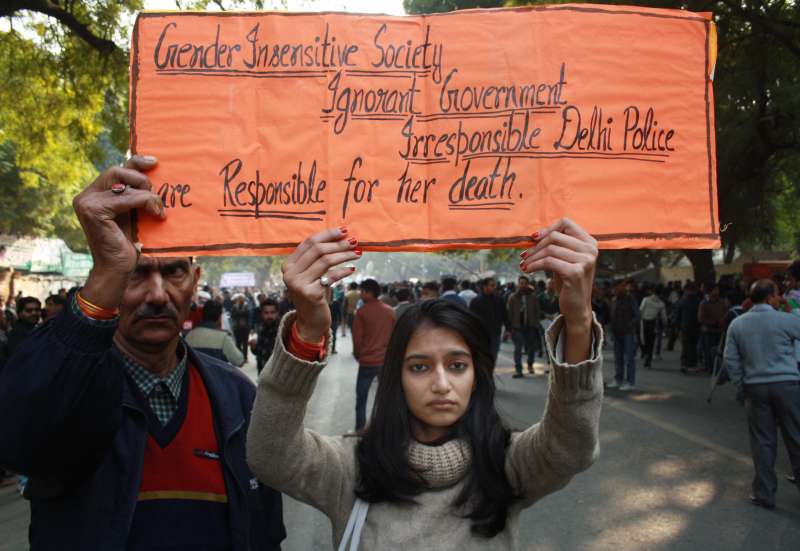 We kill, but not to eat; we rape and gang-rape and then treat the victim most violently and kill her. We kill to steal; we kill to avenge some perceived notions of injustice; we chop off limbs to satisfy the ego within us and justify it by saying ‘an eye for an eye’. We maim children and make them beg to make us rich; we make children sex slaves and make them fight wars which they don’t understand; we make children drug-pushers; we abuse them physically and mentally.

We beat up women; we make them domestic slaves; we kill women for family’s honour; we make women cover themselves; we kill pedestrians and civilians in the name of religion and to terrorise the innocent; we destroy places of worship; we set bombs off in market places and on railway tracks to kill hundreds of people; we shoot down villagers in the name of national security; we rape mothers and sisters in front of their sons and brothers, turning them into ‘militants’ and then kill them for our sport; we ram trucks into people; we shoot down businessmen who don’t give us money and do us no favour; we push drugs across borders and make generations addicts; we push young girls to the abyss of brothels; we cheat; we trick; we kill…

We are human beings. Or, is this being ‘human’?

And, we use adjectives pertaining to animals to describe our most horrendous acts which animals are incapable of doing.

In The Brothers Karamazov, Dostoyevsky writes: “People talk sometimes of a bestial cruelty, but that’s a great injustice and insult to the beasts; a beast can never be so cruel as a man, so artistically cruel. The tiger only tears and gnaws, that’s all he can do. He would never think of nailing people by the ears, even if he were able to do it.”

We make laws to stop evil. But laws will not, cannot, stop evil. Making laws is defining sin; sketching our anomalies; labeling our aweful nature.

Laws will not lick clean a society of corruption; nor can they protect it from violence. Man is inherently prone to make such aweful acts. Civility is what we have to achieve—through education, through exposure, through copying, through sharing.

Castration is not the way of cleaning up a society of sexual violence. Like in the case of corruption, it has to start with the individual. Unless an individual heart changes, a society doesn’t, will not, change, no matter how draconian laws we put in place. It is not the lack of laws or punishment methods that has helped the increase of corruption and sexual abuse and violence but the absence of moral moorings.

In an ‘advanced society’, those who preach moral values may become a butt of ridicule or old-fashioned or wool-gatherers but in what can the intellectuals do to arrest this ‘moral’ slide? Or, is this too part of our inevitable process of evolution of becoming the next species? 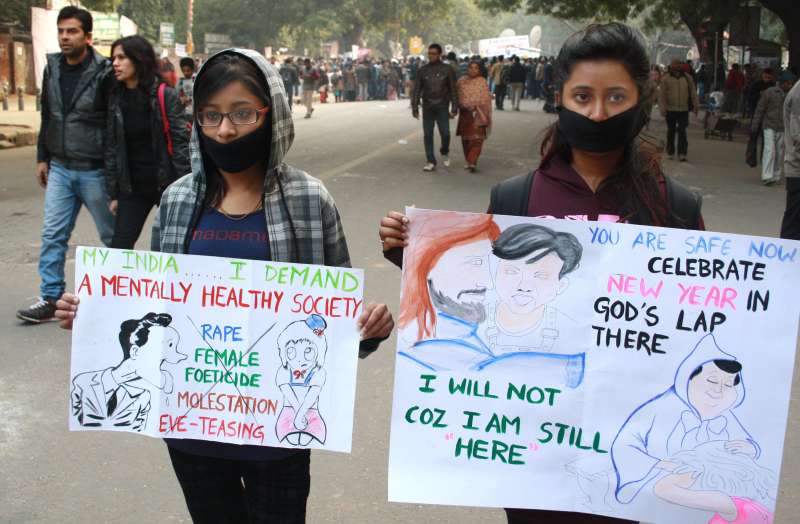 In a technology-driven, Apps-facilitated world, to talk about morality and sin is a joker’s role. A fool’s whispers. But what makes man different from beasts or animals is also the ability to think or dwell upon the spiritual. No animal turns spiritual. No animal prays. No animal walks up the mountain to meditate. No animal seeks the inner being.

It is the exclusive profundity of human being or being human. In spite of all his abilities to commit the most horrific acts of violence and cruelty, man has, somewhere in the depths of his being, a quality that sets him apart from the wild animals.

Like Dostoyevsky said the tiger only tears and gnaws…it doesn’t nail people by their ears even if he were able to do it. For animals violence has no shades. For man, violence has psychedelic proportions.

In the increasing incidents of sexual abuse and violence, partly blame has to go to mainstream, mass media for the way they ‘celebrate’ each news item about sexual violence. By repeatedly and elaborately writing and telecasting enactment of gory murders and sexual violence, they are creating a ‘subculture’ in our conscience which gradually permits and tolerates a lifestyle of violence and abuse. When something becomes part of our culture, there is no question about whether it is right or wrong but it is blindly followed. Otherwise, we would not perform many of our cultural rituals even today.

The danger is, the ‘subculture’ file is swelling by the day, and mainstream media cannot wash its hands off from making bloody violence and sexual abuse part of popular ‘crime beat’—even with separate bulletins and special magazines!

We spill blood. We speak blood. We soak in blood. Man is the bloodiest creature. Yet, we call the acts of our gang-rape ‘bestial’!

Dostoyevsky is right—it is an insult to an animal for it doesn’t do such acts. It is no more ‘subhuman’ either but very much ‘human’. It is no more bestial, it is just being human because no creature is as cruel and violent as man.

And, as Orwell had warned years ago, we need to mind our language—both verbal and visual—if we want to breed a generation that will not drip blood, rape or rip through our conscience.