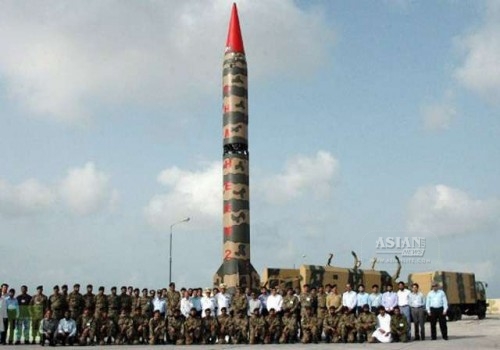 Since the September 11, 2001 terror attack, the US has given Pakistan arms worth about $5.4 billion for counter-terrorism operations, along with many “big ticket” platforms more suited to conventional warfare.

Sales of F-16 combat aircraft and related equipment account for nearly half of these Foreign Military Sales agreements with Pakistan, according to a report by Congressional Research Service for lawmakers.

India has time and again opposed the sale of such equipment to Pakistan as it apprehends that Islamabad may eventually use them against India.

In dollar value terms, the bulk of purchases have been made with Pakistani national funds, although US grants have eclipsed these in recent years, CRS said.

Congress, it noted, has appropriated about $3.6 billion in Foreign Military Financing (FMF) for Pakistan since 2001, more than two-thirds of which has been disbursed.

These funds are used to purchase US military equipment for longer-term modernization efforts. Pakistan also has been granted US defence supplies as Excess Defence Articles (EDA).

In April 2015, the State Department approved a possible $952 million FMS deal with Pakistan for 15 AH-1Z Viper attack helicopters and 1,000 Hellfire II missiles, along with helicopter engines, avionics, training, and support.

Under Coalition Support Funds (in the Pentagon budget), Pakistan received 26 Bell 412EP utility helicopters, along with related parts and maintenance, valued at $235 million.

For counterinsurgency operations, the US has provided 4 Mi-17 multirole helicopters (another 6 were provided temporarily at no cost), 4 King Air 350 surveillance aircraft, 450 vehicles for the Frontier Corps and 20 Buffalo explosives detection and disposal vehicles, the CRS report said.

Through International Military Education and Training and other programs, the US has funded and provided training for more than 2,000 Pakistani military officers, report noted