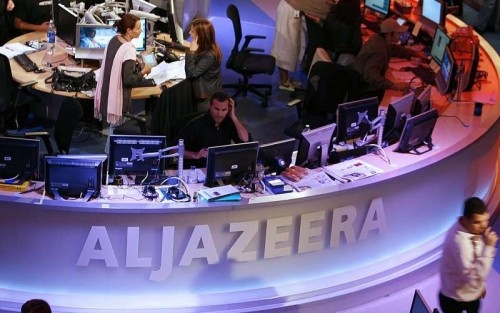 The US government has labelled Al Jazeera’s bureau chief in Pakistan’s capital as a member of Al Qaeda and put him on a watch list of suspected terrorists, an online magazine reported.

Ahmad Muaffaq Zaidan, a Syrian national based in Islamabad, has covered the Taliban and Al Qaeda throughout his career and has conducted a number of interviews with senior Al Qaeda leaders, including Osama bin Laden, The Intercept said on Friday

“A slide dated June 2012 from a National Security Agency PowerPoint presentation bears his photo, name, and a terror watch list identification number, and labels him a ‘member of al-Qaida’ as well as the Muslim Brotherhood. It also notes that he ‘works for Al Jazeera’,” the report said.

The report said the presentation was among the documents provided by Edward Snowden, a former National Security Agency contractor, who disclosed the agency’s mass domestic and global spying programme in 2013.

It said Zaidan was cited in the document as an example to demonstrate the powers of Skynet, a programme that analyses location and communication data from bulk call records to “detect suspicious patterns”.

In a phone interview with the magazine, Zaidan “absolutely” denied that he is a member of Al-Qaeda or the Muslim Brotherhood.

In a statement provided through Al Jazeera, he said that his career has spanned many years of work in Afghanistan and Pakistan, and required interviewing key people in the region.

A spokesman for Al Jazeera cited a long list of instances where its journalists have been targeted by governments on which it reports.