There is a striking similarity between Arun Jaitley’s reported comment that the government cannot “retract” from its decision on the new chairman of the Film and Television Institute of India (FTII) although it did not make the “best of choices”, and Congress spokesman Salman Khurshid’s claim that his party owed no apology for the Emergency.

Both the attitudes denote not only obduracy but also a belief that the admission of a mistake will be politically damaging as it will expose the chinks in the armour of the two parties.

The Modi government’s insistence on defending what can seem indefensible to most people can be considered strange in view of its majority in the Lok Sabha.

But the ruling Bharatiya Janata Party (BJP) probably believes that a control of the lower house is no guarantee against destabilization, as the Congress’s precipitous fall from 415 seats in 1984 to 197 in 1989 showed.

The Modi government, therefore, apparently wants to ward off the challenge it is facing from the students with regard to the FTII chairman’s appointment, and also ignore calls for the resignations of Sushma Swaraj and Vasundhara Raje, by a show of defiance even if it leads to a washout of parliament’s monsoon session because of the opposition’s protests.

It is possible, however, to interpret its inflexibility as the absence of political confidence and also of a broadminded outlook.

Notwithstanding the BJP’s majority, the party must be acutely conscious of the fact that its position in the Lok Sabha is based on no more than 31 percent of the popular vote.

Besides, its self-assurance must have been shaken by its disastrous performance in the Delhi elections last February.

The government is wary, therefore, of the risk involved in taking a step against a controversial appointee and two influential ministers.

But the threat of rocking the boat is perhaps not the only reason for the government’s hesitancy. Apart from its lack of confidence, there is also the absence of an open mind which does not judge every issue by weighing gains and losses.

Such an attitude rules out retreat since survival is all that counts even at the expense of principles although it is no secret that such cynicism does not pay in the long run. 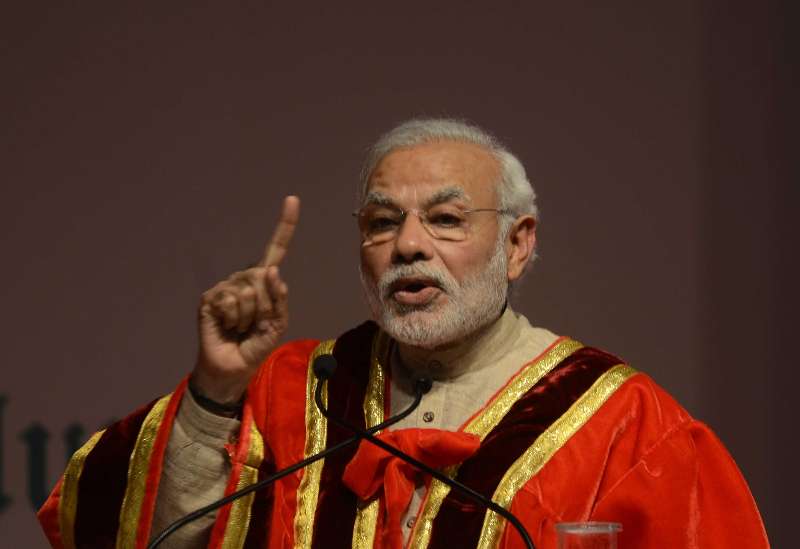 As much is evident from the travails of the Congress in the mid-1980s when the party might not have squandered its huge majority if it had instituted a credible inquiry into the Bofors howitzer scam.

But it shied away from doing so because the needle of suspicion pointed towards Rajiv Gandhi and a family friend, Ottavio Quottrocchi.

There are any number of instances in Indian politics which show that expediency does not pay. The Congress’ crushing defeat last year following allegations of scams is a telling example.

So, even as the Modi government seeks to protect the FTII chairman, who is seen as a nonentity in the film world, and the two ministers who are charged with impropriety and misdemeanor, the question can be asked whether it is undermining its own cause by putting partisan interests above ethics.

All its emphasis on Digital and Skill India will not bear fruit if it avoids the straight and narrow path of political morality if only because its slippage will always give the opposition an effective talking point.

The same propensity to evade accountability can be seen in a Congress spokesman’s contention that Indira Gandhi’s election in 1980 absolved her and the Congress of any wrong-doing during the Emergency because when the people “realized that the decision (to impose the Emergency) was right, they voted us back to power”.

In addition, he wanted the non-Congress parties to apologize for creating a situation in which “it became necessary to bring about the Emergency”.

Attitudes such as these carry a disturbing message. They are a reminder of the authoritarian tendencies which guide not only these two parties but virtually all of them, big and small.

In the case of the Congress, the passing of the buck to the party’s opponents for creating conditions which necessitated the adoption of draconian measures is all the more worrisome because Khurshid is only echoing his master’s voice, for Rahul Gandhi subscribes to this view.

According to the Congress’ heir-apparent, he would have done what his grandmother did when she faced a “severe assault” by “destabilizing forces”.

It is worth recalling in this context L.K. Advani’s observation that “I don’t have the confidence that it (the Emergency) cannot happen again”.

Ingrained feudal traits which brook no dissent and the fear of losing ground politically seem to push these parties to test the limits of democratic norms which emphasize compromise and malleability.