Rupesh Dutta looks in to the tobacco addiction in India – a country with a huge number of youngsters. Asian Lite features this article to mark May 31 – the World No Tobacco Day

Recent studies show that in India the percentage of students who initiate hukkah smoking before 10 years of age has increased from 26 percent to 45 percent in the last one decade. Health experts said that at least 40 percent of school-going students get into smoking the hukkah, to quench their desire for smoking cigarettes, thinking that the lower of tobacco content in hukkahs won’t harm their health.

“The existing myths compel youngsters to get into the practice of smoking hukkahs. A lot of people are still under the impression that the hukkah is an alternate to cigarettes, with less harm to health, but they are not able to understand that a typical one-hour-long hookah smoking session involves 200 puffs, while an average cigarette requires 20 puffs. This makes the hukkah more dangerous for the human body,” Kedar Toraskar, Chest Physician at Mumbai-based Wockhardt Hospital, said.

Emphasising that hukkah smoking was emerging as one of the prime reason behind the rising lung-related disease among youngsters, Toraskar said that the harmful toxins in hukkahs also caused respiratory illness, low birth weight and periodontal diseases among many.

He revealed that babies born to women who smoked a hukkah every day were likely to be 3.5 ounces less in weight than the babies delivered by a non-smokers.

Explaining how somking a hukkah causes damage to the human body, Tpraskar said: “The smoke produced by the charcoal burning in the hukkah contains high levels of carbon monoxide, metals and cancer-causing chemicals which does the same damage that cigarette or a bidi does to a human body.”

The World Health Organisation (WHO) says tobacco causes over five million deaths world wide which is likely to increase to 8.4 million if the situation is not brought under control. 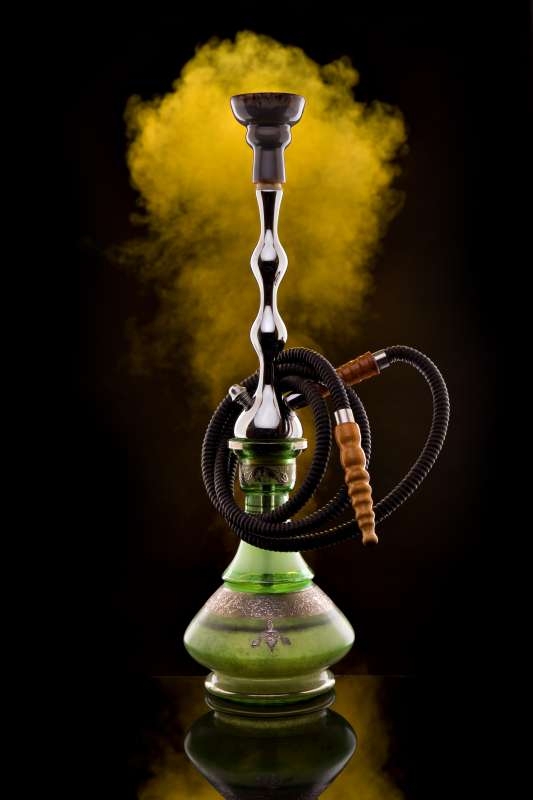 Tapaswini P. Sharma, senior consultant of surgery at Delhi-based B.L.K. Hospital said: “A lot of people are under the impression that the water used in the hukkah reduces the harmful affect of tobacco and causes no harm to the lungs, however this is not true as the toxins remains insoluble.”

“In fact, hookah use can also impair cardiac functions, and lead to cancers of the esophagus, mouth, lung, stomach, and decreased fertility. All the harmful effects associated with cigarettes are very much prevalent with the hookas too,” Sharma said.

Sudhir Khandelwal, head of the psychiatric department at AIIMS, said every form of tobacco consumption such as hukkah, inhaling and the pan causes the same damage that chewing tobacco does.

“Though a person starts with hukkah occasionally, but with time they become addicted to it,” Khandelwal said. , “The youth consuming tobacco in any form were more likely to get into active cigarette smoking,” he added. “In all, 50 percent of the cancers in India are directly or indirectly related to tobacco consumption.”

On the other health damage caused by hukkahs, Rajeev Dewan, senior consultant in Internal Medicine at Delhi-based Saroj Super Specialty Hospital, said that tobacco juices from hukkahs affect the mouth and increases the risk of developing oral cancers.

“As a substitute, there are also e-hukkahs available which are considered to be nicotine free. But these are all false myths as they do contain some amount of nicotine and cancerous elements which are enough to cause the same damage any tobacco related product does to a human body,” Dewan said.