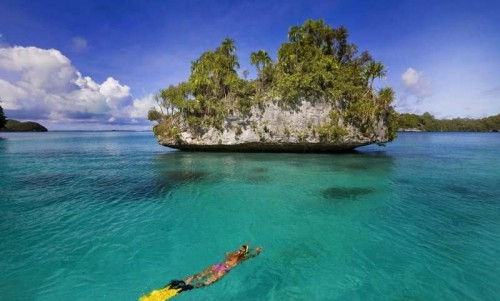 Precious gems, hippo’s teeth and European currency scattered in the depths of the Arabian sea as well as uncovering priceless historic data about maritime trade between Asia and Europe dating to over 500 years is what’s on the menu as Indian marine archaeologists and French divers collectively aim to salvage shipwrecks off India’s western coast.

A recent visit by French Ambassador Francois Richier to the National Institute of Oceanography (NIO) located at Dona Paula near Panaji has triggered fresh hope for salvaging and preservation of nearly a dozen known shipwrecks dating several hundred years ago and discovering several more vessels resting anonymously along the seabed.

“If you look at it from a historical perspective, gold and silver are interesting, but you can find many other things. From the archaeological perspective, if you can find some kind of equipment, some types of artefacts… it is useful for shaping of scientific history (maritime and trade history of the region),” Richier told IANS during his visit here.

The cooperation, Richier said, would help in better understanding the maritime trade routes and help uncover and salvage precious heritage lost to the seas.

Over the last decade and more, marine archaeologists at the NIO have located and in some cases even salvaged the remains of ships – some of which date to over 500 years – which met their watery graves due to accidents, storms and conflicts during the years when India’s western coast was an important port-of-call along the trade route between Europe, the Indian subcontinent and the Far East.

One of the most significant underwater discoveries off Goa was a few nautical miles off the Dona Paula cliff, a popular tourist spot along the Amee shoals and the Sunchi reef, whose raised laterite rock shoals have led several vessels to their doom.

The priceless treasures veteran marine archaeologist Sila Tripathi and his team discovered at the site of the early 17th century ship could perhaps give the fictional Captain Jack Sparrow of the “Pirates of the Caribbean” series a run for his money.

“An early 17th-century Portuguese shipwreck has been explored off Sunchi Reef, where iron guns, the barrel of a handgun, an iron anchor, well-dressed granite blocks, a door-knocker, shreds of stoneware, ivory, hippopotamus’ teeth and bases of glass bottles were recorded,” Tripathi told IANS.

Another shipwreck along the St. George Reef nearby has yielded terracotta artefacts, Corinthians columns, construction brick cargo and the like.

Another Portuguese vessel, Manoel Dias, that went under in the vicinity is known to have carried a small haul of precious stones and royal money, among other goods.

Tripathi also hinted at several instances of pillage by rogue underwater divers who have hacked away anything of value from the vessels, especially the big brass bells, which traditionally had the name of the vessel engraved on them.

“There have been many instances where local divers have taken off (with) important artefacts and relics. They may not be of high importance for them, but for us every little clue is vital. In the recent past there were also instances of blasts at the site with dynamite,” Tripati said.

Richier is optimistic that sophisticated salvaging techniques, combined with cutting edge diving skills, could help reveal much more than what the underwater plunderers have ransacked.

“What the plunderers generally search for is gold and silver,” he said.

“The technique at the end, whatever the age of the wreckage, is roughly the same. It involves diving. The technology is aimed at taking away the sand, while keeping the integrity of the wreckage, which is a very complex technology. But we are sure that once it develops we will be extremely successful,” Richier concluded.