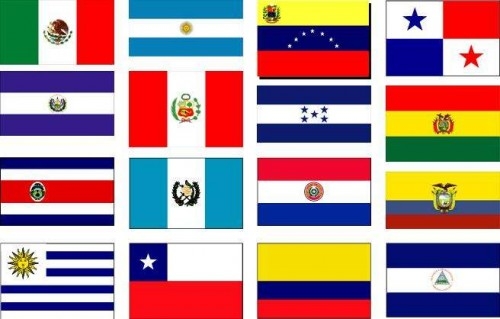 Prime Minister Narendra Modi has set a crackling diplomatic pace for his government. Barely two months after being sworn in, he was in Brazil in July 2014, where he met 12 Latin American leaders on the sidelines of the BRICS Summit. This triggered a more active engagement with a region benignly ignored by India despite its huge potential.

India’s Minister of Petroleum and Natural Gas Dharmendra Pradhan made a landmark visit to Mexico and Colombia from May 17-22. Both countries are important sources of India’s crude oil imports. Crude imports from Mexico in 2014 exceeded $3 billion. Imports from Colombia exceeded $2.6 billion. These figures are set to increase.

Mexico shares an undersea oil belt with southern USA in the Caribbean. Its hydrocarbons industry was nationalised early in the last century. Its government has opened up this sector last year for the private sector, primarily to attract foreign investment and technology to recover flagging oil production, down from a peak of 3.4 million to 2.5 million barrels per day. Mexico’s hydrocarbon resources are estimated at 115 billion barrels of oil equivalent (BOE). Three-fourths of these are identified as unconventional (shale oil, shale gas and deep waters).

ColombiaÂ´s hydrocarbons sector shone bright earlier this decade. Production of oil and gas crossed the one million barrel per day mark in 2011. At $28.9 billion in 2014, exports of oil and gas constituted 50 percent of Colombia’s total exports. Its relatively low level of proven oil and gas reserves — 2.445 billion barrels and 5.5 tera cubic feet (2013) — is compensated for by a reliable investment regime, backed by a secure economy and stable exchange rate.

With the fall in crude prices, however, several private sector companies are re-evaluating their investment plans. Colombia seeks more investment and is prepared to offer more attractive terms to upstream investors, as was indicated by officials to the delegation.

The presence in both these countries of a delegation of the most powerful Indian oil and gas companies — three of them in the Fortune 500 list — was noted. High level meetings with his counterparts, and the heads of the national oil companies, enabled the Minister to reiterate India’s interest and reassure his interlocutors about India’s commitment to invest capital and technology.

Over 20 percent of India’s crude oil imports worldwide come from five countries in Latin America: Venezuela, Brazil, Mexico, Colombia and Ecuador. India’s energy security has been predicated upon secure supplies, at prices that are as predictable as possible in the volatile hydrocarbons market.

Term contracts concluded with the major Latin American suppliers by Reliance Industries, Essar and the state-run Indian Oil have been timely. In exchange for the mostly heavy, and cheaper, Latin American crudes, India exports petroleum products to that region. The strategy of Indian companies to invest upstream to secure oil equity has also been successful.

India’s major upstream player, ONGC (Videsh), in collaboration with China’s Sinopec — one of the only three Indo-Chinese partnerships in oil and gas — has a 40 percent share in a field pumping 40,000 barrels per day, and exclusive ownership in other onshore fields in Colombia where oil has been discovered recently.

It is also exploring four offshore blocks in Colombia. It has set up an office in Mexico and will participate in the forthcoming round to bid for upstream concessions. Indian Oil, traditionally an importer and refiner of crude, has ventured upstream in Venezuela, and expressed interest in further investments in the region. Reliance invested $50 million in two offshore blocks in Colombia, which it surrendered as unviable. It is scouting further prospects.

Videocon participates in a joint venture in Brazil — with public sector BPCL — that covers seven offshore blocks with oil discoveries in at least two blocks. Larsen and Toubro has supplied Colombia’s national oil company, Ecopetrol with gigantic drums for its refinery in Barrancabermeja. All the companies represented in the delegation expressed interest, which was reciprocated by the Colombian establishment.

India’s presence and weight in the global hydrocarbons industry was evident during the visit. Indian companies have a proven track record in offshore oil and gas exploration in the deepest waters. Seismic exploration and investigation technologies have helped locate and certify hydrocarbon deposits, even reserves in the countries where they operate. Massive refining capacities to process the heaviest Latin American crudes form the matrix for a mutually beneficial exchange of crude for diesel and other petroleum products.

Pradhan’s visit was timely and seems to fit a pattern of engagement with the five oil and gas producing countries that matter in Latin America. The ongoing investigation into corruption allegations against Petrobras, the Brazilian national oil company, has not affected India’s Brazilian operations nor imports.

A visit to Brazil is nevertheless on the cards when the situation stabilises. Close on the heels of Pradhan’s visit, Minister of State for External Affairs General (retd.) V.K. Singh, has visited Venezuela and Ecuador. Although Venezuela has the largest hydrocarbon reserves in the world, political and economic turmoil have prejudiced Indian operations.

Venezuela owes IndiaÂ´s ONGC over $500 million for its share in oil production. Ecuador insists on service contracts, as against production sharing or royalty based contracts, which Indian companies are reluctant to consider. Continuing engagement is essential to protect and promote Indian interests.

This essential diplomatic thrust augurs well for India’s energy security in a region whose hydrocarbon reserves rival those of the Gulf. Their political stability and friendship are important in an environment in which Indian investments in this vital area have been at risk due to political upheavals or unpredictability. India needs to go deeper into Latin America in its own interest.