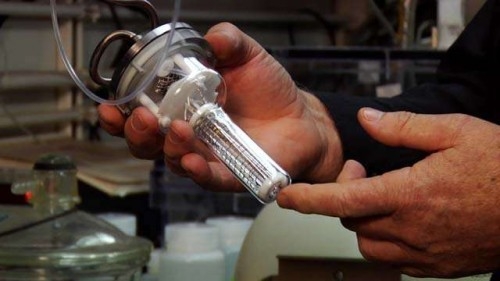 India is poised to revive research on controversial cold fusion two decades after abandoning what was then billed as a potential source of clean energy.

Recommendations for restarting cold fusion experiments have been made by a ‘high level group’ that included two former chairmen of the Department of Atomic Energy (DAE): Anil Kakodkar and Srikumar Banerjee. The group met on April 8 here at the National Institute of Advanced Studies (NIAS).

The meeting was sponsored by the Ministry of New and Renewable Energy (MNRE) and its recommendations have since been sent to the ministry, NIAS director Baldev Raj, who was formerly director of the Indira Gandhi Centre for Atomic Research (IGCAR) at Kalpakkam near Chennai, said.

Upendra Tripathy, secretary of the MNRE, however, did not respond to questions about the follow-up action likely to be taken by his ministry.

Nuclear fusion that powers the Sun and forms the basis of hydrogen bomb occurs under conditions of extreme temperature and pressure in which hydrogen (or its heavier cousins deuterium and tritium) nuclei fuse to release energy.

In 1989, chemistry professors Martin Fleischmann and Stanley Pons, of the University of Utah in the United States, startled the world with their claim of having achieved fusion of deuterium at room temperature in an electrolytic cell that used heavy water (in which hydrogen is subsumed by deuterium) and a palladium cathode. The discovery, if true, promised a cheap source of energy.

Their work came under attack from several scientists who called it “unreproducible” and “inaccurate.” After the hostile reception, scientific interest in cold fusion seemed to wane.

The BARC team found excess heat, neutron bursts and large amounts of tritium in reactions from multiple types of electrolytic cells in what was claimed to be a clear evidence of the nuclear origin of the phenomenon.

At its peak, 12 independent research groups – in BARC, Tata Institute of Fundamental Research, and IGCAR – involving about 50 scientists were engaged in the DAE programme on cold fusion research. According to Mahadeva Srinivasan, former Associate director of BARC and a cold fusion pioneer, the DAE stopped the research in 1994 because of “global peer pressure”.

In the last two decades, several countries have however pursued research on cold fusion and to date, a series of 19 international conferences on cold fusion – renamed Low Energy Nuclear Reaction or LENR – have been held, the latest one at Padua, Italy, last month.

“Research over the years not only confirm the occurrence of cold fusion but has also intriguingly demonstrated the transmutation of radioactive waste into stable elements using microbes, with possible practical applications,” says Srinivasan. Demonstration in 2011 by Italian scientist Andrea Rossi of a 1-MW working, industrial-grade reactor has revived immense worldwide interest in the whole field of LENR, he says.

At present, there are at least two other private companies which have announced near-commercial products.

NIAS director Baldev Raj said his institute held the meeting to review the developments globally in cold fusion research with an “open-minded approach.” Given that private industry has jumped into this field, and many groups are reporting new findings, “we cannot remain idle,” he said.

According to Raj, the high level group has suggested that cold fusion experiments could be started within three to six months in two or three laboratories to verify the claims made elsewhere and to validate each other’s work.

These laboratories can be within the DAE, the Indian Institute of Technology, Madras, and the Institute of Chemical technology in Mumbai, he said. “They already have the facilities and the people and will not require fresh funding.”

Depending on the outcome of these experiments, a decision will be made on setting up a pilot LENR reactor for which funding will be required, he said.

The NIAS high level group’s recommendations echo the views of several scientists who contributed to a special section on LENR in the February 2015 issue of ‘Current Science’, published by the Indian Academy of Sciences.

“The recognition by the mainstream Indian science journal for the emerging field of new energy marks a turning point for LENR research in India,” Srinivasan said.