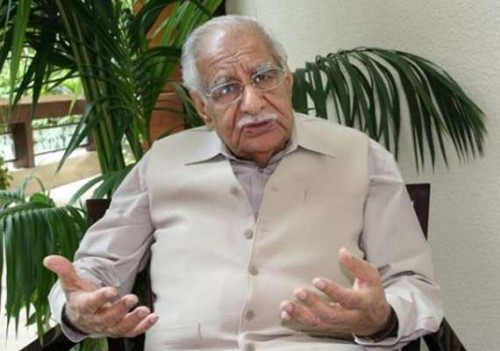 India is unlikely to see the imposition of another Emergency due to changes made in the Constitution and people being more vigilant, veteran journalist and political commentator Kuldip Nayar has said, noting that the Congress should have learnt the lesson of not pursuing dynastic politics from the period that saw a curb on civil liberties under Indira Gandhi.

Nayar, 91, who spent three months in jail during the 1975-77 Emergency, said that system was still dependent on the goodwill of the ruling party and there should be proportional representation in the Lok Sabha so that the opposition has a stronger voice in the house.

Nayar, a veteran journalist who has written several books, including a gripping account of the time, “Emergency Retold,” said the country had learnt its lessons from the Emergency that lasted from June 25, 1975, to March 21, 1977, and saw over 100,000 people being put under detention, civil liberties being curbed and imposition of press censorship.

Asked if the Congress had transformed itself after the Emergency, Nayar, a former high commissioner to Britain, said the party was still stuck in the dynastic mould and this was working to the advantage of the ruling Bharatiya Janata Party (BJP).

Indira Gandhi, who imposed Emergency, was widely seen to have worked under the influence of her son Sanjay Gandhi. She was the daughter of India’s first prime minister, Jawaharlal Nehru, and her other son, Rajiv Gandhi, also served as the country’s prime minister.

Asked about senior BJP leader L.K. Advani’s remarks in an interview that forces that can crush democracy were now stronger and a repeat of an Emergency-like situation cannot be ruled out, Nayar said Emergency has become almost impossible because to ratify the measure, a prime minister who tries to impose it will need a two-thirds majority in each house of parliament due to amendments made in the constitution.

At the same time, he said there were now stronger safeguards for civil liberties in the constitution and its basic structure can also not be changed.

“What he is saying is that an authoritarian system can prevail. An authoritarian system is still possible. Style of governance depends on the person (who is the prime minister). There should be inner-party democracy and I feel that party elections should also be supervised by the Election Commission so that there is independence,” Nayar contended.

Nayar said his advice to the younger generation was that independence, democracy and secularism should not be taken for granted.

“These eternal principles or basics have to be renewed and protected. If there is any tendency (to disturb them), you should get up (and raise your voice). Because if you do not and keep walking, you will suddenly see that a lot of ground has been lost. I saw it during Emergency also that there was initially a response of chalta hai (let it be). This really became a danger,” Nayar said.