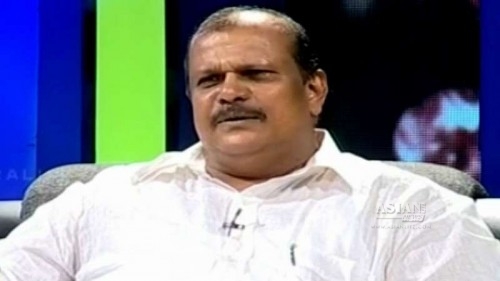 Ending weeks of a tussle between Kerala’s Finance Minister K.M. Mani and his party colleague and government chief whip P.C. George, the latter was  booted out from his post.

The rift between the two worsened last year soon after Mani was named as an accused by the vigilance department after whistle-blower bar owner Biju Ramesh alleged that the finance minister was paid a bribe of Rs.1 crore for reopening closed bars in the state.

George, the 64-year-old six-time legislator from Poonjar in Kottayam, antagonised Mani when he went to the extent of asking Mani to quit as minister and face a probe.

For the past two days, Chief Minister Oommen Chandy and his cabinet colleagues were trying to work out an amicable settlement between the two, but all efforts failed.

“We have been trying to reach a meeting point in this issue for the past few days. In a ruling coalition, the ground rule is that each party has the right to nominate its members to posts and also to withdraw.

“On March 26, Mani gave me a letter to drop George as the chief whip and also withdrawing him from the liaison committee of the ruling UDF. And since this is the convention, we accepted Mani’s decision,” Chandy told reporters on Tuesday night.

George, known for his razor-sharp tongue, told reporters that Mani appeared to be threatening Chandy.

“Chandy asked me if I can resign. I said, no way. He told me Mani is not agreeing and said he has all the eight legislators backing him for taking action against me. I am going to call a public meeting on Thursday evening to explain why this happened to me,” said George.

“The truth is they (Chandy government) want to hold the hand of a ‘thief’ and left my hands because I told the truth. I will remain in the party and the UDF and if anyone tries to forcefully throw me out, I will remain cool, but if they persist with it, then I will show my true colours,” said George.