Operations resumed at the international airport here after it was closed down when a CISF personnel was shot dead in a scuffle with an employee…..reports Asian Lite News. 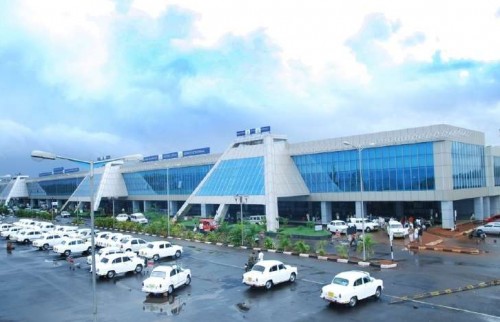 “We have posted our Kerala Police officers at key points at the airport to assist the CISF personnel in security duties,” said Additional Director General of Police N. Shankar Reddy.

“A police team has been constituted to investigate the incident. Things are under control and the airport operations have resumed,” said Reddy.

An Airport Authority of India (AAI) official entered a high security area of the airport around 8:30 p.m. on Wednesday and a CISF personnel on duty approached him to conduct a body search.

Police sources said that an argument broke out between the two and the gun of the CISF personnel was forcibly taken away from him. In the melee, the gun went off and a bullet hit the CISF personnel, identified as A.S. Yadav, 44, killing him on the spot.

Three people – two AAI personnel and a sub inspector of the CISF – were also injured.

Reddy was asked by the Kerala government to rush to the airport on Wednesday night. He told IANS that things returned to normalcy he brokered talks between the AAI officials and the CISF team.

Sources said long discussions were held to clear the runway closed by irate AAI officials who had blocked the runway.

Frequent skirmishes have been reported between these two departments in the recent past.

The investigating police team has already gone through the CCTV visuals of the episode.

The body of the CISF personnel would be handed over to his family after the an autopsy has been conducted.

Meanwhile, top AAI and CISF officials will arrive here later in the day and action is likely to be taken against the erring staff from either sides.