A court in Madhya Pradesh has issued eviction order to Lord Hanuman to vacate the premises with immediate effect reports…..Asian Lite News. 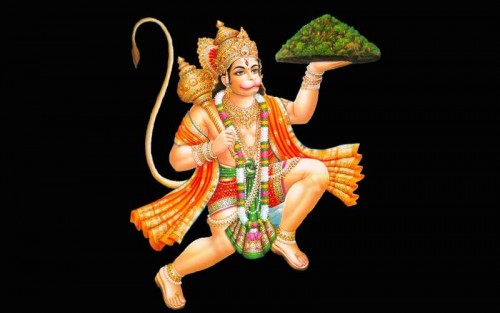 To ensure removal of encroachment upon a road by a Hanuman temple in Madhya Pradesh’s Bhind district, authorities here have issued notice to the temple’s main deity — Lord Hanuman!

The temple is situated in the district’s Bajariya locality and a portion of it is deemed to be encroaching upon the public thoroughfare.

Pursuant to a directive of Gwalior High Court to remove the encroachment, the municipal authorities on Friday issued notice addressing Lord Hanuman instead of the temple’s priest or the trust.

The notice to Lord Hanuman reads: “You have illegally encroached the road which causes public inconvenience, leading to possibility of accident. Despite earlier directive to remove the encroachment, you have not complied. You were given the Gwalior High Court’s order. But you didn’t comply. A contempt of court case has been initiated against you.”

Meanwhile, with the notice drawing wide public attention and adverse comments, the top municipal officials later said the notice was mistakenly issued and would be recalled.