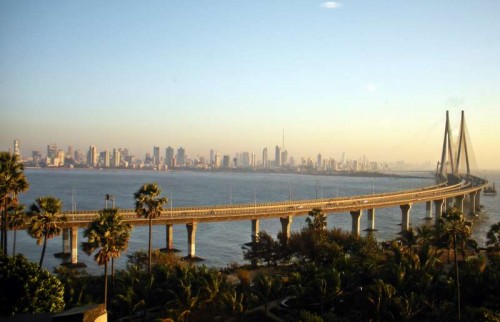 The union environment ministry has given the ‘green’ signal for the proposed coastal road for Mumbai, Chief Minister Devendra Fadnavis said.

Fadnavis made the announcement after a meeting with union Environment Minister Prakash Javadekar in New Delhi.

“It’s a dream come true…Best gift to Mumbai by Modi government,” Fadnavis tweeted on what could be most ambitious infrastructure project for the country’s commercial capital, expected to be completed in around three years.

The 35.60-km-long coastal road, estimated to cost around Rs.8,500 crore is part of the Rs.60,000 infrastructure projects planned for Mumbai and surroundings over the next few years.

The coastal road will start from Nariman Point near the Manora MLAs Hostel, will go underground at the NCPA to Napean Sea Road and go on along the west coast of the city up to Kandivali, a north-western suburb.

From there it is proposed to be extended to Virar town in Thane, and along the way would entail reclamation of land at several points, where commercial constructions would not be permitted.

The latest development came two days after the Maharashtra government signed a memorandum of understanding with the Netherlands government which will provide technical support for the project and the upcoming Mumbai Metro 3, combining them at various points for better connectivity.

Fadnavis said that the coastal road will decongest traffic in the city and would crease 91 hectares of green spaces, taking Mumbai infrastructure to the next level.

Taking a swipe at the former Congress-Nationalist Congress Party government, he said that the previous government was talking about the coastal road since five years.

“I had promised that (I) will get it approved in five months…Happy it took even lesser time,” the chief minister added, thanking Prime Minister Narendra Modi.

As per the time frame, the draft notification for the project will be issued by June 15, followed up with the final notification by August 15.

Earlier, the project had faced opposition from several Congress and NCP leaders, besides fishermen and environmentalists, who fear their fishing areas and the rich mangroves cover would be affected.