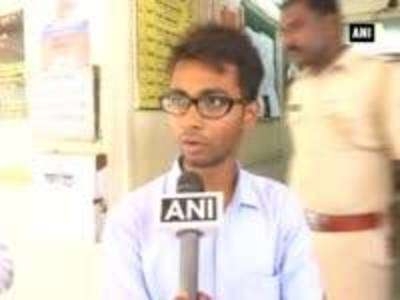 Zeshan Ali Khan, an MBA based in Mumbai, lodged a police complaint accusing a prominent diamond company of “religious discrimination” by refusing him a job on grounds that he was a Muslim.

“Yes, I have lodged a complaint with the Vinoba Bhave Nagar police station, Kurla West suburb, on the issue. They are pressing charges soon in my case,” Zeshan Khan said.

He had applied for a job at a leading diamond export firm, Hari Krishna Exports Pvt. Ltd., Bandra-Kurla Complex.

He was among several other friends who had applied there for jobs and were given placements in the company, which has branches in several countries.

However, Zeshan Khan said he was shocked by the company’s reply which read: “Thanks for your application. We regret to inform you that we hire only non-Muslim candidates.”

When he poured his resentment in a Facebook post, it evoked sharp reactions from many, and a regret note from the company.

Mahendra S. Deshmukh, associate vice president and the head of human resource department of the firm, wrote: “We would like to clarify that the company does not discriminate against candidates based on gender, caste, religion, etc. Any hurt caused in the matter is deeply regretted.”

Deshmukh also sought to pass on the blame to a trainee colleague, Dipika Tike, who he claimed had sent the erroneous email.

Since the controversy erupted, the company has terminated the services of the trainee woman employee, sources said.

When sought out for response, neither Deshmukh nor any other senior official of Hari Krishan Exports Pvt. Ltd. was available as they “were in a meeting”.

The National Commission for Minorities is believed to have sought a report in the matter.