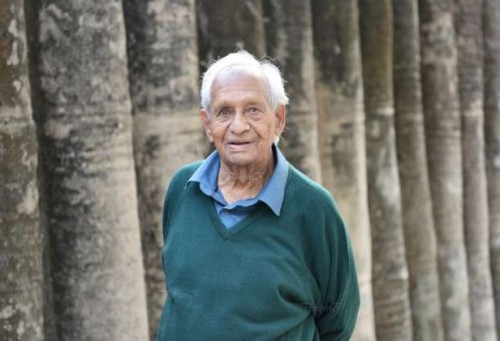 Nek Chand, who died, was the man who literally ‘rocked’ Chandigarh for the past four decades, bringing India’s first planned city on the international map through his creations from waste material.

Nek Chand, the creator of Chandigarh’s famous Rock Garden, died at the ripe age of 90.

He suffered a cardiac arrest and died in hospital, his family said.

The master creator had celebrated his 90th birthday last December.

Starting as a road inspector in Chandigarh when the city itself was being built as a symbol of post-independence, modern India, Nek Chand took to the idea of creating something from waste material.

The raw material for his creations was all waste – be it rocks and stones, broken bangles, light switches, electrical appliances, broken plates and other Bone China and ceramic material, discarded and broken wash-basins and even toilet seats, marbles and anything and everything that was a complete waste for others.

People and organisations even used to come from all over the region to donate waste material to the Rock Garden.

For the initial few years, Nek Chand silently pursued his love for creating things from waste. He created several things, hiding it from the eyes of the authorities and the public, in a forest area in Chandigarh’s northern part.

He used to pedal on his bicycle in and around Chandigarh for many years, collecting all waste and rocks to later create things.

It was only in the mid-70s that Nek Chand’s art was finally recognised and Chandigarh’s ‘Rock Garden’ came into being. The Rock Garden was officially inaugurated in October 1976. 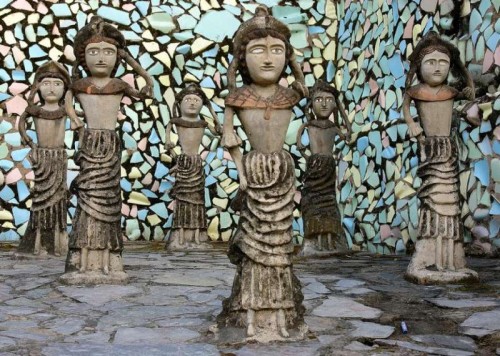 The Rock Garden is presently spread in several acres of land close to Chandigarh’s famous landmark, the Sukhna Lake. It now has three phases – all comprising creations of Nek Chand, from animal and human figures to waterfalls, village scenes and much more.

Nek Chand was awarded a Padma Shri for his creative work by the government of India. He was made creator-director of the Rock Garden in the 1980s and continued on the post till his death.

The fame of the Rock Garden can be seen from the fact that millions have visited the place in the past nearly four decades. The place gets over quarter of a million visitors annually even now.

For Nek Chand, creating his world of waste and rocks, was not always smooth. He faced official wrath in the initial years as well as in the late 80s when he wanted to expand the garden for newer creations.

But the master creator stood against all this official apathy, supported by the public, like a rock.

The life journey of Rock Garden’s creator Nek Chand may have ended for now. But his creation will stay for life and generations to come.