To gauge the mammoth rise of the Indian population, the most ideal places to visit are Metro stations, airports, malls, railway stations and bus stands. As we prepare to observe the World Population Day, a road-map to expand healthcare access across the nation has become a critical priority for the policymakers writes Rajat Arora in Asian Lite. 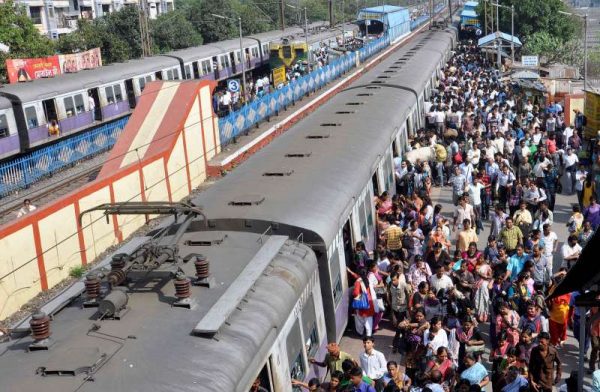 As per the Indian census carried out in 2011, the population figure was 1,210,193,422 – well above the one-billion mark. India, the second most populous country in the world, is projected to surpass China by 2025.

The poignant fact is that the figures are rising by the day despite the population-control policies, family planning and welfare programmes undertaken by the government.

The mortality rate is on a decline thanks to the advancement in the field of medicine, but there has been no significant success in terms of bringing down the birth rate.

Much of population increase is among the poorest socio-economic strata. Relatively, socio-economically advanced Indian states displayed a fertility rate of less than 2.1 in 2009, which is less than the level needed to maintain a stable population following the infant mortality standards in developed nations.

Though the one-child policy in China was criticised as against human dignity and rights, it has helped China to control its population by a possible 400 million people.

There is a distinct possibility of irreversible and unsustainable population growth and big question marks remain over how India will provide nearly 1.7 billion people with their basic minimum needs.

As of 2013 statistics, the number of private hospitals and private doctors had shown a multiple-fold increase at 7,500+ and 300,000, respectively. Similarly, the private sector has enabled an increased availability of medicines by setting up pharmacies/chemist shops. There are more than 105,000 chemists who are providing medicines in 120 cities in the country.

Nevertheless, a disproportionate increase in the population has raised fears of an alarming shortfall in terms of the doctor-patient ratio and the corresponding accessibility to quality healthcare.

Increasing the welfare and status of women and girls; imparting education; enhancing awareness for the use of contraceptives and family planning methods; sex education; encouraging male sterilisation and spacing births can be some of the ways to curtail the escalating population.

It would be ideal for a country like India to be more progressive in outlook and shed inhibitions when it comes to free distribution of contraceptives and condoms among the poor.

As the government seeks to expand its expenditure on healthcare, it must select a strategy that provides significant healthcare access benefit to the Indian population. Sustainable policy solutions to healthcare financing, infrastructure and human resource challenges are critically needed.

Overall, while there are pockets of improvements, significant healthcare access challenges continue to exist for the Indian population. The longer India delays acknowledging the severity of these problems and dealing with them head on, the graver the consequences are likely to be.