Finding himself at odds with the US Supreme Court over its two landmark judgements upholding healthcare law and same-sex marriage, Louisiana’s Indian-American governor Bobby Jindal wants to get rid of the court. 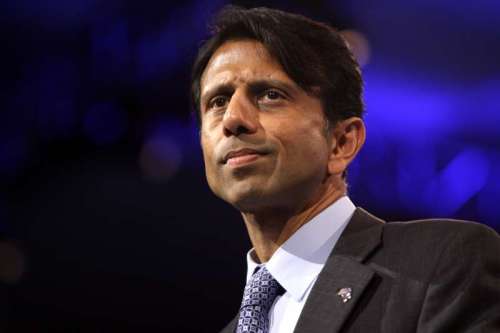 “Thursday, the Supreme Court had its say on Obamacare; soon, the American people will have theirs,” wrote the newly minted aspirant for Republican nomination for President in an opinion piece in Time magazine.

“It’s a sad outcome for the rule of law – and the English language,” said Jindal who like other Republican governors has refused to set up a marketplace or exchange where people can shop for affordable health insurance.

But an estimated 138,000 residents of Louisiana are getting federal subsidies through the federal exchange that is open to those who don’t have access to state exchanges.

“Contrary to this President’s self-proclaimed edicts, yesterday’s Supreme Court decision is not the end of the debate on Obamacare,” said Jindal.

It merely “shifts back to the elected branches of government – the ones that caused our health care mess in the first place,” he said. “It is there that conservatives can complete our work to repeal Obamacare.”

“The Supreme Court is completely out of control, making laws on their own, and has become a public opinion poll instead of a judicial body,” he said in a statement from Iowa, which holds the first presidential caucus.

“If we want to save some money, let’s just get rid of the court,” Jindal added.

Jindal later said that the ruling fundamentally redefined the institution of marriage.

“Marriage between a man and a woman was established by God, and no earthly court can alter that,” he added.

He also argued that protecting same-sex marriage would open the door to discrimination against people of faith who oppose its practice.

But Mike Reed, Jindal’s spokesman in the governor’s office, acknowledged “Our agencies will have no choice but to comply with the Supreme Court’s decision” eventually, he told NOLA.com