A Sikh college student will be able to join the US Army, without being forced to cut his hair, shave his beard or stop wearing his turban thanks to a Washington court ruling…..Reports Asian Lite News. 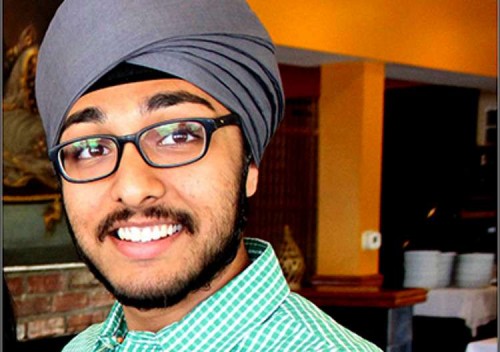 “The court finds that defendants have failed to show that the application of the Army’s regulations to this plaintiff and the denial of the particular religious accommodation he seeks further a compelling government interest by the least restrictive means,” the judge wrote.

She added that the Army’s refusal to permit Singh to enrol while adhering to “articles of faith” that include his hair and turban “cannot survive the strict scrutiny” of the federal law.

The Army has given “tens of thousands of exceptions” to its grooming and uniform policies, the judge wrote, and made “successful accommodation of observant Sikhs in the past,” noting several who have served with distinction, receiving commendations.

McConville and other Army officials had contended the articles of faith would have an adverse impact on unit cohesion and morale, discipline and health and safety.

Singh, a resident of Queens in New York, who plans to enrol in the ROTC programme in autumn, told Newsday in a phone interview Monday: “Being told no a handful of times, I didn’t give up.”

“I had faith and let things play out,” he was quoted as saying. “I’ll be going on weekend field exercises, which I wasn’t previously able to do. I’m very excited about that.”

Army spokeswoman Cynthia O. Smith said in a statement: “The Army is currently examining the court’s ruling. The Army takes pride in sustaining a culture where all personnel are treated with dignity and respect and not discriminated against based on race, colour, religion, gender and national origin.”

The Army last year rejected Singh’s request to enrol in the ROTC programme, saying the student had to comply with the service’s grooming and uniform policies before they would consider his request, according to the judge’s ruling.

Hofstra, in a statement, said it supports “Singh’s desire to serve his country, as well as his right to religious expression and practice. We are pleased that the courts have affirmed that he can do both as a member of the ROTC.”