Iron and steelmaking at SSI’s plant in the north-east of England will witness loss of 1,700 jobs…reports Asian Lite news. 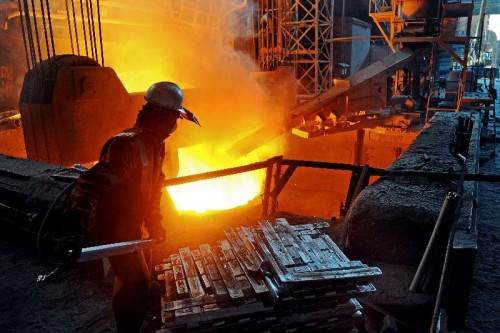 Production at the Redcar plant was paused on 18 September with the company citing poor steel trading conditions and a drop in world steel prices.

SSI UK business director Cornelius Louwrens told BBC news,  “This is an extremely sad day for all of us at SSI UK.”

SSI said it had carried out an assessment of the business situation it faced and had concluded there was “no other option” but to mothball its iron and steel making facilities on Teesside.

The Redcar coke ovens and the power station will continue to operate, adds BBC news.

The plant was mothballed by previous owner Tata Steel in 2010. SSI spent millions of pounds making the furnace ready again and it was relit in 2012.

Labour MP Ms Turley accused SSI of playing “fast and loose” with the plant’s future, and claimed the government could have done more to prevent the closure.

She called for the government to take control of the site and its assets to ensure a future for steelmaking on Teesside and in the UK.

Business Minister Anna Soubry told BBC news, “Despite everyone’s recent efforts to help SSI this is very sad news and a big blow for the workforce and their families.”

She said a taskforce had been set up to support workers.

“I hope that SSI’s announcement that they are mothballing the furnace gives some hope that steelmaking could be restarted on Teesside in the future”, she said.

“The steel industry across the UK is facing very challenging economic conditions. The price of steel has almost halved over the past year, with over-production in the world market.

“While government cannot alter these conditions, I have called a steel summit to see what more can be done to help our steel industry.”

The GMB union said it would be calling on the government to take action.