Eighty-four Church of England bishops have revealed that they wrote to David Cameron last month urging him to accept at least 50,000 refugees from Syria….reports Asian Lite News 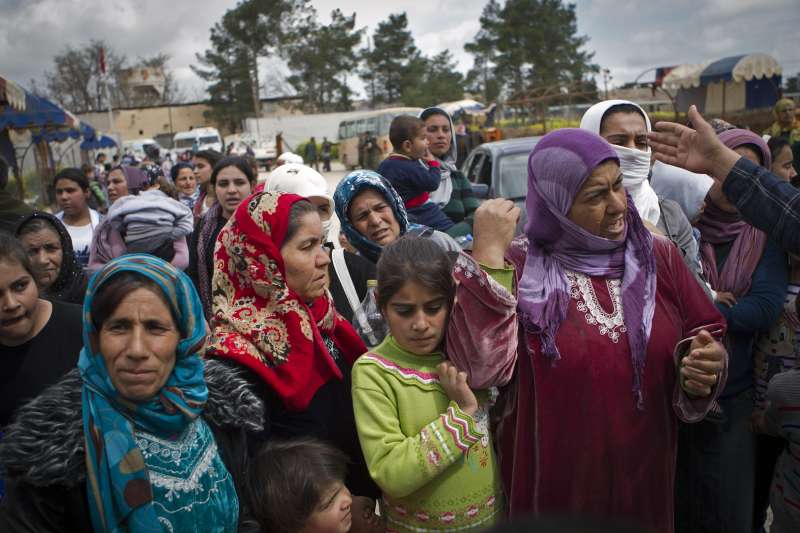 The bishops letter said Cameron’s decision to accept 20,000 by 2020 was not an adequate response and said most British people wanted to offer more help, BBC reported.

The letter, signed by 84 of the Church’s 108 bishops, also said they would encourage churches and congregations to make spare housing available to refugees and promote foster caring.

Bishop of Manchester David Walker, one of the signatories, said he had come under pressure from parishioners to encourage action.

“People want to know what we are going to do,” he told BBC Breakfast.

The Bishop of Durham, the Rt Rev Paul Butler, said it was “disheartening” they had not had a “substantive reply”.
No 10 said it had a “comprehensive approach” to the refugee crisis.

In addition to offering to accept 20,000 refugees from camps bordering war-torn Syria, the government has provided £1bn in aid to Syria, with an extra £100m given to charities to help thousands of people displaced by the conflict.
There has been heated debate in recent months about how individual countries should respond to the migrant crisis. This weekend Hungary closed its border with Croatia, while Slovenia put its army on standby to deal with thousands of migrants entering the country.

In a statement, Bishop Butler said: “As the fighting intensifies, as the sheer scale of human misery becomes greater, the government’s response seems increasingly inadequate to meet the scale and severity of the problem.
“It is disheartening that we have not received any substantive reply despite an assurance from the prime minister that one would be received.
“There is an urgent and compelling moral duty to act which we as bishops are offering to facilitate alongside others from across civil society.”

Downing Street said the government wanted to tackle “the causes and consequences” of the refugee problem and that the UK was the second biggest donor in the world towards helping refugees in Syria, Lebanon, Jordan and Turkey.