Tata Steel has announced nearly 1,200 job losses at its plants in Scunthorpe and Lanarkshire 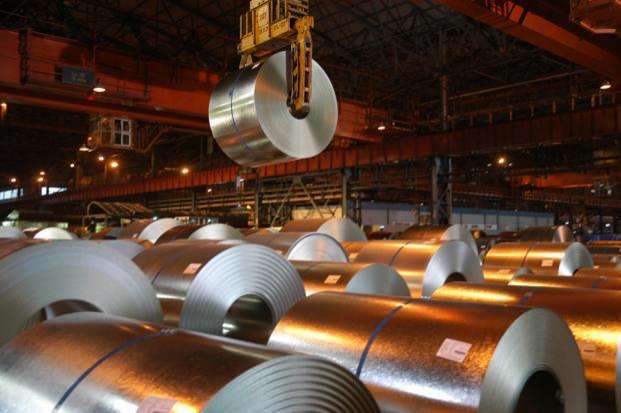 Collapsing steel prices and the strong pound, Indian-owned Tata has decided to cut back its UK operations. Nine hundred jobs will be lost at the firm’s plant in Scunthorpe and about 270 jobs will go in Scotland.

They are the latest in a series of job losses across the UK steel sector, following news that administrators have been appointed to parts of Caparo Industries’ steel operations. The industry blames cheap Chinese imports for a collapse in steel prices.

Prime Minister David Cameron has said he will raise the issue with China’s president during his UK state visit.

Business Secretary Sajid Javid told the House of Commons there was “no straightforward solution to the complex global challenges facing the steel industry”. But he added the government had “no intention of standing by”.
“Today was an important opportunity to bring the key players together and we now have a framework of action,” he said.

The business secretary said the government had already promised £80m to help those affected by steel plant closures and had set up a task force to look at how to help the UK steel industry and its workers.

“We are taking steps to ensure there is a future for the UK’s steel industry,” he said.
But he pointed out there was a global steel surplus which was pushing prices down, adding there there were limits to what the government could do in response and that no government could dictate the price of steel or foreign exchange rates.

He said the government was committed to major infrastructure projects and he was “determined that the UK steel industry should play its role in its delivery”.