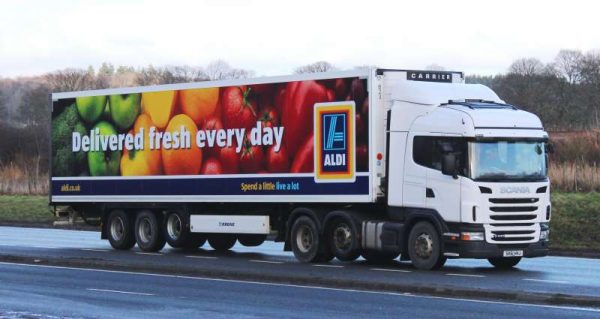 The discount supermarket chain will start its online service by selling wine by the case, and then add non-food offers in the spring. Aldi’s sales rose 31% to £6.9bn in the 12 months to 31 December, compared with £5.27bn the year before.

The retailer, which currently operates 598 stores in the UK, also said it was “on track” to open 65 new stores this year, reports BBC news.

Aldi is the UK’s sixth largest supermarket chain, according to Kantar Worldppanel , with a market share of 5.6% in the 12 weeks to 13 September.

For its online service, Aldi said it would offer customers home delivery and collection from third party locations.

However, Matthew Barnes, chief executive of Aldi UK & Ireland, said the retailer would not necessarily start selling food online. He told the BBC , “I wouldn’t say it’s inevitable. Wine by the case and non-food is the most viable place for us to start,” he told reporters.

“We wouldn’t do anything to endanger our model or threaten our cost base.”

Aldi and rival discount chain Lidl have been expanding rapidly in the UK in recent years, and Mr Barnes informed BBC he was “very confident” there would be an Aldi store in every UK town in the future.

The rise of the discounters has put enormous pressure on the “big four” UK supermarket chains – Tesco, Asda, Sainsbury’s and Morrisons – who have been forced to cut prices in order to defend their market share.

“Despite all the efforts [by rivals] to lower prices, they are nowhere near Aldi.”

Earlier this month, rival Lidl said it would become the first UK supermarket to implement the minimum wage as recommended by the Living Wage Foundation.

From October, Lidl UK employees will earn a minimum of £8.20 an hour across England, Scotland and Wales, and £9.35 an hour in London.

Aldi said that 90% of its staff already earned more