The biggest Diwali festival in the country continues in Leicester this week as the city gets set to mark Diwali Day on Wednesday. Around 37,000 people attended the switch-on of Leicester’s Diwali lights, and a similar number are expected to gather for one of the biggest days on the Indian festival calendar.

Assistant city mayor Cllr Piara Singh Clair said: “Leicester’s Diwali Day celebrations are always special and this year they promise to be better than ever.

“I hope that people will come along and join in the festivities on the Golden Mile, or take part in one of the many other activities on offer in the city over the next few days.”

The celebrations begin at 6pm today, with live music and dance on the stage on Cossington Recreation Ground. Stage artists include Navin Kundra, a singer/song-writer who – with six number ones in the Asian music charts – is described as the UK’s fastest-rising Asian singing-sensation. 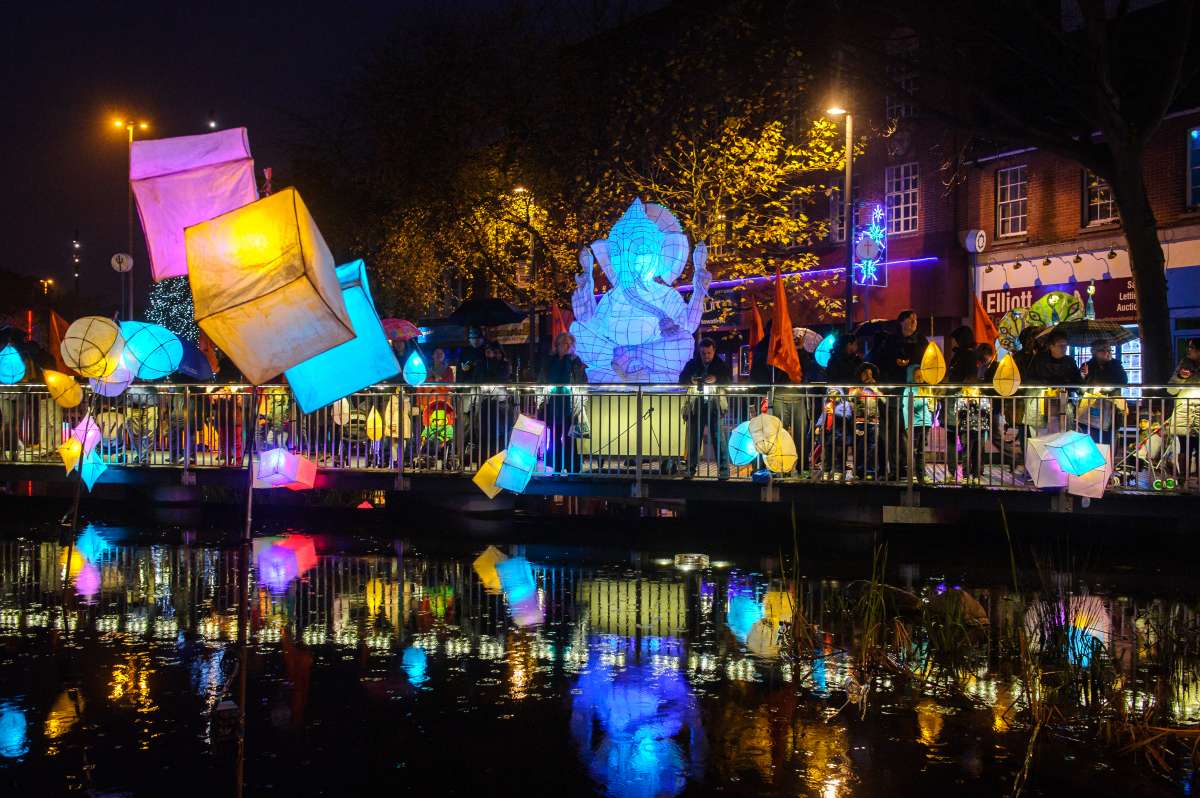 BBC Radio Leicester presenters Rupal Rajani and Kamlesh Purohit will be hosting part of the show, along with members of the Leicester Hindu Festival Council.

As part of this year’s extended Diwali Leicester festival, there will also be entertainment on Belgrave Road, which will host a performance of Ram Lila, based on a dramatic folk-story re-enactment of Rama’s life.

Ram Lila will run from 6pm to 8pm, and celebrates the arrival of Rama, Sita and Lakshman in an amazing explosion of colour and light.

It will include performers dressed as mythological characters and dancers who will perform with live musicians in a contemporary take on traditional Indian theatre.

The production will end at 8pm to allow the audience to walk to the firework display, which begins on Cossington Recreation Ground at 8.30pm.

The centrepiece of the Diwali Day celebrations will be Leicester’s Wheel of Light – a 100-foot illuminated Ferris wheel, which will be on the Belgrave Road until November 15.

Visitors can also enjoy the giant Rangoli that will be on display in Belgrave Neighbourhood Centre from 6pm to 8.30pm.

People travelling to Belgrave Road on Diwali Day can take advantage of a special park and ride service which will run from the Birstall Park and Ride site to Abbey Park Road from 5pm to 8pm. The last bus will leave Abbey Park Road at 10pm.

Also coming up as part of the Diwali Leicester festival are two productions at Leicester’s Curve Theatre: Strictly Balti and Whose Sari Now run from Thursday 12 to Saturday 14 November.

Curve is also the venue for a family day on Saturday 14 November, when Hindu folk tales, shadow puppet workshops and Nupur Arts Bollywood dance classes will be among the activities on offer.

Newarke Houses Museum is also offering family activities on Saturday, with mask-making, classical dance workshops and the chance to make part of a giant Toran.

New Walk Museum will be inviting people to view its giant Rangoli, and to make their own colourful designs, also on Saturday.

And on Sunday the Attenborough Arts Centre will be hosting an evening of live tabla, dance and music courtesy of Kathak dance students from Aarti’s Dance and Arts Academy, and Rishii Chodhury and his Yo Tabla!

Leicester launched its new Diwali Leicester festival this year. It saw the city’s celebrations – already said to be the biggest outside India – extended right across the city for a two-week period.