On 10th of June Christie’s London will offer a 1931 self-portrait by Amrita Sher-Gil in the annual South Asian Modern and Contemporary Art Sale at Christie’s King Street in London on 10th of June with a pre-sale estimate of £1.0-1.8 million reports Asian Lite, UK’s leading newspaper popular among British Asians. 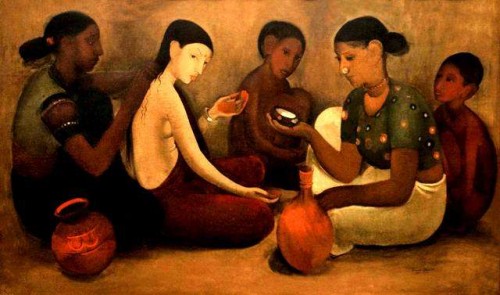 This is the first painting by the artist ever to be offered in London, and one of only eight canvases by Sher-Gil to be offered at auction globally. Sher Gill depicts one of India’s most important modern artists at the age of 18, recognised today as pioneer of Indian modernism.

This self-portrait from 1931 is one of Sher-Gil’s undiscovered paintings, never before seen or exhibited publicly. It has remained in France from the time it was painted, and is making its maiden voyage across the Atlantic this summer, first to New York, where it will be on view at Christie’s, and then to London for its sale preview and auction.

In 1931 Sher-Gil was briefly engaged to Yusuf Ali Khan, while rumor had it that she was also having an affair with her first cousin Victor Egan. Sher-Gil painted portraits of these two men in 1931, both gazing introspectively into the distance, contemplating perhaps their own fate in the hands of this femme fatale.

Sher-Gil’s own portrait is also painted in the same year. Together, these paintings form a triangle between three lovers, placing them in conversation — each avoiding the gaze of the viewer, withholding a secret only the three seem to be privy to. 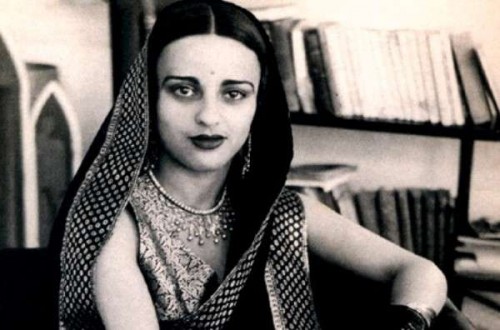 This self-portrait is the only one known in profile, among the artist’s 19 previously documented self-portraits. Here, the artist is in complete profile and avoiding any direct interaction with the viewer. However, the composition diagonally cuts through the canvas with the torso almost leaping out of the canvas onto the viewer. The golden bowl sitting empty between her and the viewer reflects the emotional emptiness that she may have experienced as an 18-year-old, torn between the various loves of her life.

Works by the artist are defined as ‘National Art Treasures’ by the Indian Government and deemed of such national importance to Indian culture that they are non-exportable if sourced in India, and when sold in India, must remain in the country. Therefore it is very rare that important paintings by Sher-Gil are offered outside of India.