Yamuna may be less polluted this Durga Puja….writes Priya Yadav 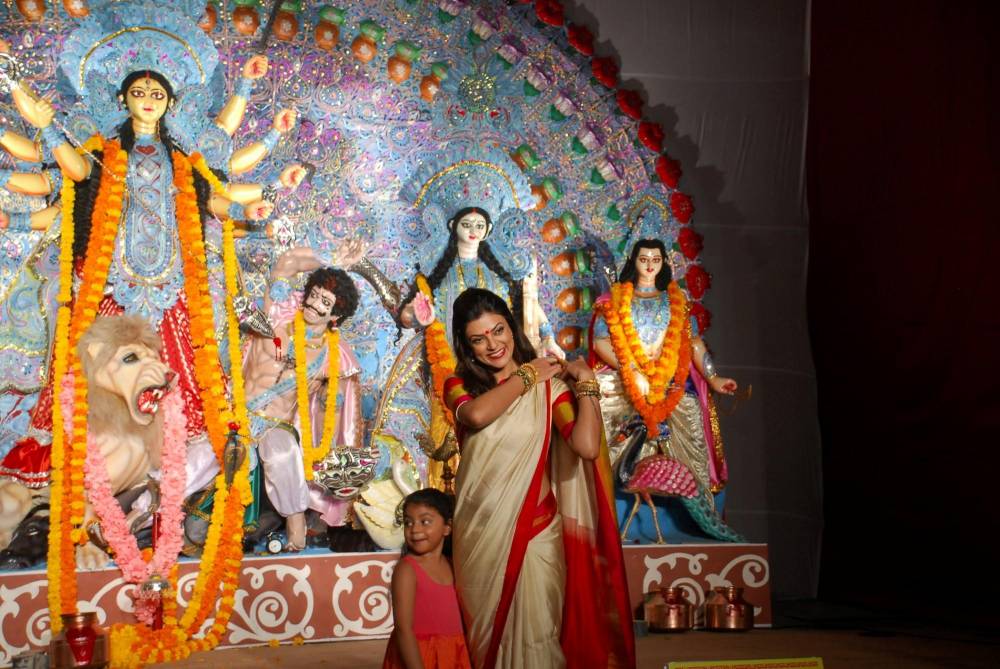 If all goes well, the Yamuna river may be less polluted this Durga Puja. Puja committees across Delhi seem to have gone all out to ensure that the idols of goddess Durga are made using eco-friendly materials. This follows a National Green Tribunal (NGT) order that prohibits immersion of the idols made using non-biodegradable materials — because they further pollute an already polluted Yamuna.

Those organising Durga Pujas here say they are aware of the NGT fiat.

“Our idols have been prepared using natural colours. We are using products which do not cause any harm to the environment,” Shekher Guha, Secretary of Delhi’s C.R. Park Mela Ground Durga Puja Committee in south Delhi, told IANS.

Guha’s team organises one of the biggest — and perhaps most crowded — Durga Pujas in the capital, the main reason being C.R. Park is dominantly populated by Bengalis.

Puja committees have restrained the idol makers from using chemicals, paints, glitters and plastics which don’t get dissolved in the water body, he said.

The NGT had in September banned immersion of idols made from non-biodegradable material like quick-setting gypsum plaster, also known as Plaster of Paris, or plastic in the Yamuna river.

“Immersion should be allowed only of (idols) made from biodegradable material and not plastic/Plaster of Paris. Only those colours should be used on the idols which are environment- friendly,” the NGT had said.

Guha said the idol markers had embraced the idea of a “pollution-free puja”.

“A few organisers have even prepared small ponds near the ‘pandal’ where they plan to immerse the smaller idols,” Guha said.

Pradip Majumder, vice president of the South Delhi Durga Puja Joint Procession Committee, explained to IANS the steps being taken to comply with the NGT order. He said cranes and other machinery would be deployed at the Kalindi Kunj Ghat along the Yamuna to scoop out the idols within minutes of their immersion.

Every year thousands of idols of Durga, Lakshmi, Saraswati, Ganesh and Kartik are immersed into the Yamuna, resulting in further deterioration of its pollution levels.

Delhi, home to a huge Bengali population, organises hundreds of Durga Pujas every year. Majumder couldn’t estimate the total in Delhi but said south Delhi itself has played host to “100 Durga Pujas”.

A senior Delhi government official told IANS that the administration was going all out to ensure the NGT order.

“We are taking adequate measures to see that the pollution level in the Yamuna doesn’t go up because of Durga Puja,” he said.

Yamuna, which Hindus consider a holy river, originates at Yamunotri, in the Himalayan range. Its water quality is generally considered “okay” till it flows through Haryana and reaches Delhi where it flows in the capital’s eastern fringe. This is where all the immersions take place.

When the Yamuna enters Uttar Pradesh, pollution intensifies — making the once lively river, which merges with the Ganges in Allahabad, dirty as well as stinking in most places.