The front runner to become the next Labour leader, Andy Burnham said entrepreneurs should be treated like ‘heroes’…. reports Asian Lite News. Mr Burnham said the party could never win an election without business support or the backing of ‘white van man and woman.’ 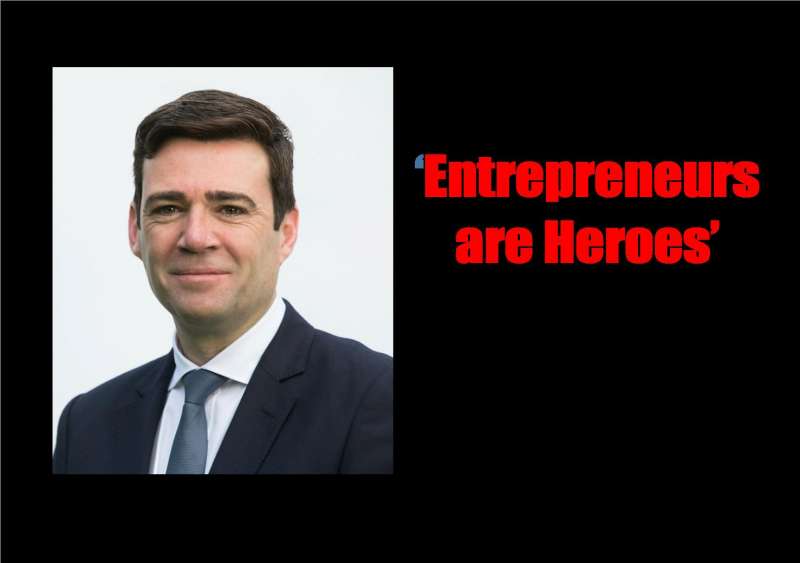 Andy Burnham unveiled his policies to boost aspiration, including an UCAS-style system for apprentices. He also called for the Government to hold the EU referendum by the autumn of 2016.

The Shadow Health Secretary said Labour should praise entrepreneurs and the self-employed as ‘heroes’.

Mr Burnham said the party could never win an election without business support or the backing of ‘white van man and woman.’

Mr Burnham, who has come under fire for receiving the backing of trade union chiefs such as Unite’s Len McCluskey, said that Labour under Ed Miliband had become ‘too narrow’ in its outlook.

“The people with the creative spark to think of a new idea and the get-up-and-go to make it work. Who often have to fight against the odds to succeed, but put in the hours, the sweat and the hard graft to do it.

“So I want this message to go out loud and clear today: in a Labour Party I lead, they will be as much our heroes as the nurse or the teacher.”

“I am clear that no political party can win a British General Election if they convey any sense of being anti-business, wealth creation or success,” he added. “But I also want you all to know that I am not the kind of person who just comes to make speeches like this to say the right thing and tick the right boxes.
And Labour needs to do much more than that if it is win people’s trust again.

“You only win if you can communicate a convincing sense of who you are and what you are all about; why you want the job; and what you will do with it. So this is where I want to start in this my first major speech of this Leadership campaign. And it goes back to my own beginnings. 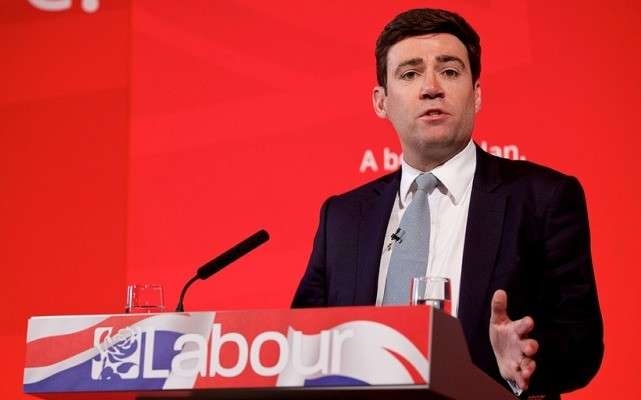 “I am the comprehensive lad who went to Cambridge and then into the Cabinet; the grandson of a Liverpool lorry-driver and a cleaner who was determined to make a break with her humble beginnings and own her own home; the son of a telephone engineer and a GP receptionist who moved heaven and earth to make sure my brothers and I would be the first in our family to go to University.
“I have always done things on my own steam. I didn’t get in to Cambridge on family connections.

I wasn’t parachuted into my constituency. I wasn’t made a minister because of trade union patronage.
I have always been my own man — and I will keep it that way as Leader. But I have been helped up the ladder by so many people and I want to make sure that ladder, which is a lot more rickety than it used to be, is still there for people like me coming through now.

“My background epitomises what Labour should be all about: helping everyone get on, whoever they are and wherever they come from. And that background has given me a better understanding than most of what aspiration — the new political buzzword of our times — really means.

“Politicians make a terrible mistake when they try to compartmentalise the voters, speaking only to some in certain parts of the country or those who frequent certain shops. Aspiration is not the preserve of those who shop at John Lewis. It is universal; felt just as keenly by Asda and Aldi shoppers, perhaps even more so. But the difference is this: the odds on people actually achieving their aspirations varies greatly. Some still have the odds stacked against them.

“This is, when it all comes down to it, why I became a politician and why I am standing before you now applying for this job. It is because of that sense of injustice which I felt, when I finally arrived at Cambridge, in my first job in publishing, and in Westminster — when I looked around me and realised that, when you’re trying to make your way in the world, connections and background too often count for more than talent and hard graft.
“So, in this contest, when people ask: ‘What will the Labour Party you lead be for?’ My answer will be simple: to help everyone get on.

Mr Burnham told the business audience that the ‘single biggest priority’ for the next Labour government would be to draft a workable plan for growth, infrastructure, business investment and job creation.

“I think part of the way Labour got it wrong on business in the last parliament was that we simply didn’t say enough that we value what you do – creating jobs and wealth,” he said. We didn’t celebrate the spirit of enterprise.”

On welfare, often seen as one of the reasons working class voters drifted to UKIP and the Tories, he said Labour had to dispel its current image of being on the side of the workshy.

“It worries me that, in some people’s eyes, Labour has become associated with giving people who don’t want to help themselves an easy ride. That must change before we can win again.”

“We must change that perception before we can win. The Labour party I will lead will once again truly be the party of work.”

The party, he said, could only regain trust if it supports those who “put in the hours, the sweat and the hard graft” to succeed.

“I have never believed in levelling down, denigrating success or the politics of envy. Nor have I believed that people should be handed everything on a plate,” he said.

Mr Burnham also said that the ‘mansion tax’ had been ‘the wrong judgement’ call by the party in the last Parliament.