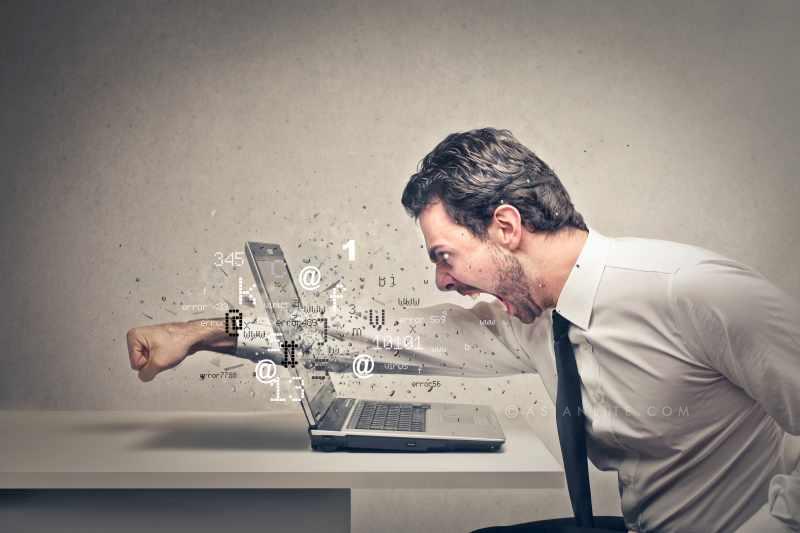 Should you worry about ‘wireless allergies’? Addressed with skepticism by most, the term electromagnetic hypersensitivity (EHS) or wireless allergy or gadget allergy, is ascribed to a range of non-specific symptoms like headache and fatigue apparently due to heavy use of wireless communicating devices, especially those that emit electromagnetic radiation (EMR).

Common sources of this Wi-Fi tsunami include mobile phone signals, Wi-Fi hotspots, Wi-Fi enabled devices like tabs, cellphones, laptops and a plethora of other gadgets.

The controversial issue was recently thrust in the limelight when a French court in a landmark ruling granted disability allowance to a 39-year-old woman who claimed to be experiencing discomfort from alleged EHS. She was forced to live in a countryside barn far away from the Wi-Fi and the internet.

Despite such examples, the legitimacy debate rages on – is it a real thing or cooked up – fueled by the absence of hard evidence and conclusive research.

According to WHO, EHS has no clear diagnostic criteria and there is no scientific basis to link its symptoms to EMF (electromagnetic field) exposure, but it also says: “The symptoms are certainly real and can vary widely in their severity. Whatever its cause, EHS can be a disabling problem for the affected individual.”

Experts in India who have been studying such emerging problems (for example, the link between EHS and cellphone usage) say that with the introduction and expansion of wireless communication technologies, complaints related to mobile phones, base stations and gadgets have become more prominent.

Further at the genetic level, electromagnetic radiation from mobiles cause damage if their exposure time and level are high, said M. Y. Khan, Dean, School for Biosciences and Biotechnology, Babasaheb Bhimrao Ambedkar University (BBAU), Lucknow, who has extensively dealt with the issue as a scientist.

In fact, he said, the situation in India compared to the West is worse. “Because we tend to use cheap mobile sets made by companies which do not follow the standard norms about the radiation safety,” Khan, Professor and Head, Department of Biotechnology at the varsity, said in an e-mail interview.

The electromagnetic fields produced by mobile phones are classified by the International Agency for Research on Cancer as possibly carcinogenic to humans.

Tiwari added that children may be more vulnerable than adults to EMF effects due to their “developing brain, greater absorption of energy in brain and a longer span of exposure over their lifetime”.

But all said and done, the fact is Wi-Fi, mobile phones and the internet are a necessity today, so much so that the number of internet connections in India has swelled to 300 million.

And, in a population of 1.25 billion, there are 980 million mobile connections, as per the latest data released by telecom regulator TRAI. Factor into this Prime Minister Narendra Modi’s ‘Digital India’ initiative which will be driven by mobile technology.

The Cellular Operators Association of India (COAI) states EMFs produced by the antennae on mobile towers and mobile phones are at the lower end of the electromagnetic emission spectrum and are ‘non-ionizing radiations’, which means that the energy carried by them is not enough to break the chemical bonds between molecules.

“The Indian government has adopted one of the strictest global safety norms for EMF, which is one tenth of the emission levels (recommended by WHO) followed by most of the countries in the world.

“The government’s support and guidance in allaying the misplaced fears regarding EMF emissions from towers in the minds of the people would be paramount in addressing the issue of misplaced EMF fear psychosis, and help develop and deliver the Digital India dream of the government,” COAI Director General Rajan S. Mathews told IANS.

While EHS battles an existential crisis and as teenagers get more and more hooked to gadgets, Tiwari and Khan suggested ‘green communication’ – an approach to minimize the risks or defects associated with wireless communication systems.

Madhumita Dobe of the All India Institute of Hygiene and Public Health stressed on more research on EHS in India.

As for now, following simple tips like texting instead of talking, keeping cellphones and gadgets at a distance and not placing cell phones under pillows is the way to go.