Troops from the Southern Command and South Western Command undertook the rescue operations and provided relief material such as food, drinking water and medicines to over 2,400 people, the officials said.

“A total of 28 relief teams, seven medical teams and seven Engineer Task Forces have been deployed (in the region),” an army official said. 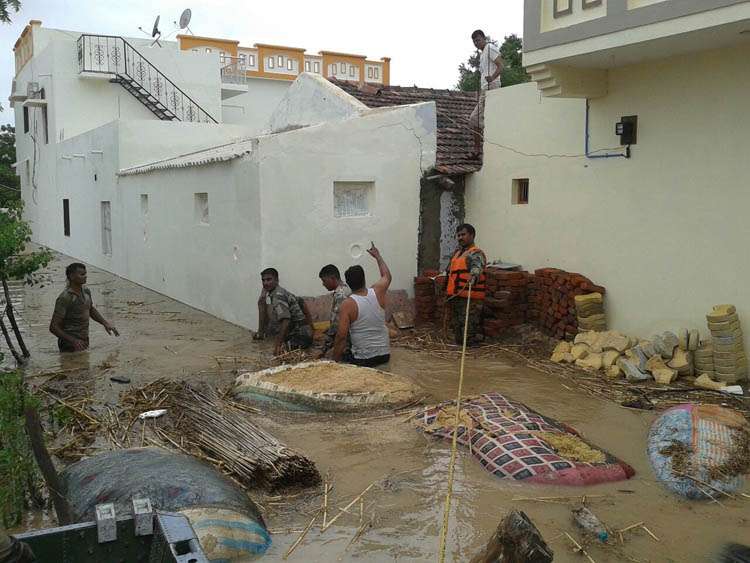 In Shervo village, nearly 50 km north of Bhuj, after the lone connecting road was cut off by flood waters, soldiers and Gujarat Police rescued around 200 people.

The villagers were helped to move to safer areas with the help of ropes held by human chains formed by the troops.

At one point, a woman with her infant lost her balance and was almost washed away by flood waters.

However, Havaldar Yousouf of the army jumped into the water and grabbed the infant to keep it above the water level. Yousouf then helped the woman reach the rope held by his colleagues, saving the mother and the baby.

In another incident, soldier Sudhir Yadav rescued a dog struggling to survive in the menacing flood water and carried it for seven kilometres in the waters to safety.