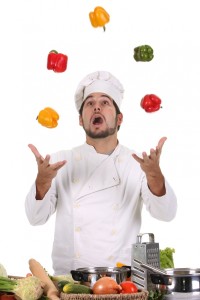 The country’s ten top chefs, voted for by members of curry loving public, will go head-to-head in the competition being held at Pillars Restaurant at the University of West London in Ealing on Monday 5th October.  The competition begins at 12:00 noon.

The winner will be announced at a glittering awards ceremony being held at The 5th Asian Curry Awards 2015 at the London Hilton, Park Lane, London on Sunday on 15th November 2015.

Other category winners which will be revealed on the night will be:

Asian Restaurant of the Year

East Asian Takeaway/Delivery of the Year

South Asian Takeaway/Delivery of the Year

Newcomer of the Year (restaurants established less than 3 years)

Young Asian & Oriental Chef of the Year (under 30)

East Asian Restaurant of the Year

The finalists will be announced at a special networking lunch in the Terrace Pavilion at the House of Commons on Monday 12th October.

Restaurateurs will have the chance to meet the local MPs and discuss challenging issues facing the curry restaurant and takeaway industry with their fellow business owners.  Over 50 MPs have already confirmed their attendance.

Curry lovers still have time to vote for their favourite Indian, Bangladeshi Chinese, Thai, Japanese and Malaysian restaurants and chefs.   Voting for the 5th Asian Curry Awards closes 30th September.  Vote online via www.asiancurryawards.com/nomination or email the name and location of the restaurant tovote@asiancurryawards.com

“Ultimately, the winner restaurants will be decided by a team of judges led by Pat Chapman, editor of the Cobra Good Curry Guide, but the short list is being determined by votes from members of the public – there’s very little daylight between them with everything still to play for,” said Asian Curry Awards chairman, Yawar Khan.

“We expect top chefs to challenging the existing standards and exceed them,” said judge chairman Pat Chapman, who added, “These Awards are designed to encourage our young people into the restaurant industry and to motivate those already in the profession to set sights even higher.”

Nominations forms and details of the whole awards process may be downloaded from the ACA website www.asiancurryawards.com.