At the book talk, Beresford will be in conversation with Bidisha, a British writer and BBC broadcaster specialising in human rights, international affairs and the arts and culture.

The book is fiction, however is based on Beresford’s time living in India. First going to India in the 1990s as an investment banker, she met a collection of people, including former Prime Minister Manmohan Singh and Bollywood stars. She later retrained as a therapist and did her first clinical sabbatical with the Delhi Psychiatry Clinic, where she worked with women living in a slum cluster. There she found women striving for a better life, some coming from particularly desperate backgrounds: women who had been sold, women who had escaped violent fathers or husbands, and women who had been beaten or attacked.

A stunning new novel about a death explained, a marriage dissected, the realities of global sex-trafficking and the redemptive power of love, from writer/broadcaster and therapist, Lucy Beresford.

“Invisible Threads is my Love Letter to India,” says Lucy. “It’s a land of extreme contrasts, and I wanted to write about the inner conflict of India which made me grow up and feel energized. But above all I wanted to tell the story of women who currently in India have no voice.’’ Lucy Beresford adds.

Lucy Beresford’s passionate and thought-provoking novel exposes a global crime and taboo, and, 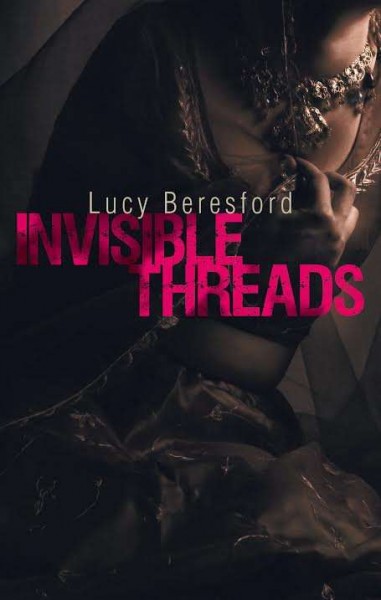 ultimately, explores the power of love.

Lucy says: ‘I first went to India in the 1990s as an Investment Banker. One of my colleagues had been the British High Commissioner there and so we had access to a very dynamic slice of life in India – political, financial and social. I travelled to India many times for trade missions and events, meeting former Prime Minister Manmohan Singh. Yet the poverty of the country was always present and so was the warmth of the people. ‘’

“I retrained as a therapist and was desperate to find a way to return to the heat and drama of India, to work. My first clinical sabbatical was with the Delhi Psychiatry Clinic, where I worked with women living in a Slum Cluster. Previously I had stayed in top hotels and met cabinet ministers – I had never set foot in a Slum Cluster. And it shocked me, the crowded, cramped conditions, the noise, the intensity of it all.

But what inspired me were the women, trying to better themselves and their families, keeping their one-room homes spotlessly clean, their cooking utensils gleaming, their saris immaculate.

But I also came across women who had been sold, women who had escaped violent fathers or husbands and women who had been beaten or attacked. I have just started working with a charity in Delhi which rescues women from brothels: and I’m so inspired by their dangerous work, which includes organizing raids.’