Written and performed by Rani Moorthy and Directed by Kimberley Sykes, the play Whose Sari Now? Will be staged at The Lowry Pier 8, at Salford Quays,  on Thursday 19th November 2015…reports Asian Lite news 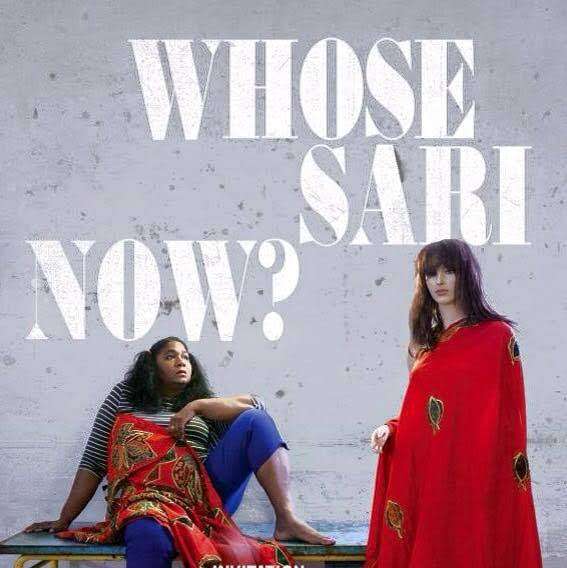 The play, by turns funny and poignant, examines the role of the sari in the lives of the characters.

Rani Moorthy will play all the characters in the play; from an old Asian woman whose saris are like her second skin, a young mother giving birth in a war zone wrapping her twin babies in her wedding sari, a Malaysian historian connects the sari with mythology, a transgender reflects on his girlfriend’s sari obsession, a low caste weaver drapes the sari on a member of the audience who she is conditioned to believe is more worthy and a character who contemplates her relationship with the sari in her final hours.

Whose Sari Now? will have a rich and eclectic visual style that will be bold and powerful, creating mood, context and by turns augmenting and challenging the action. The specially created music is drawn from a variety of influences including classical Indian Carnatic music, pop, hip-hop, Tamil rap, Malay instrumentation, western classical and contemporary music.

The audience for each performance will be encouraged to bring their own sari or wear one in a post event called “Sari Sari Night”.

Whose Sari Now? will be the first in a trilogy of work inspired by the sari. The second will be sited in a real sari shop and explores the intimate salon-like relationship between a male sari seller and his female clients. The third will be Handloom set in a weaving community threatened with closure.

Rasa is a Manchester based theatre company, renowned for its high quality, critically acclaimed work that aims to artistically celebrate the migrant experience. Rasa has toured extensively in the UK and taken work to Malaysia, Sri Lanka, USA, Zimbabwe, South Africa, Mauritius and Singapore.