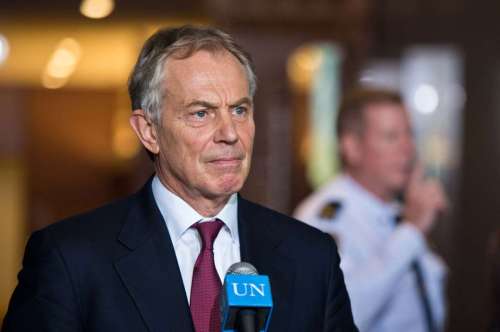 Cameron has pledged to hold an “in or out” referendum on whether Britain should withdraw from the EU by 2017 if his Conservative Party wins the 2015 general election, which is to be held on May 7, Xinhua news agency reported on Wednesday.

“The referendum on Europe carries with it the same risk… I agree that a vote in Europe would also be of importance. But that doesn’t mean it is sensible to have it,” Blair said on Tuesday while speaking in his previous Sedgefield constituency in England.

He voiced his concerns over the rising “nationalism” behind Britain’s EU referendum debate.

In response, Cameron hit back at Blair’s arguments, stressing that “the British people deserve a say about Europe”.

“Tony Blair and Ed Miliband don’t think we should trust the people and I completely disagree… You can’t stay in an organisation unless it has the full-hearted consent of the people and that is why it is right to have a referendum,” Cameron refuted while campaigning in Belfast.