Sepp Blatter, the head of Fifa, is facing a criminal probe by Swiss prosecutors 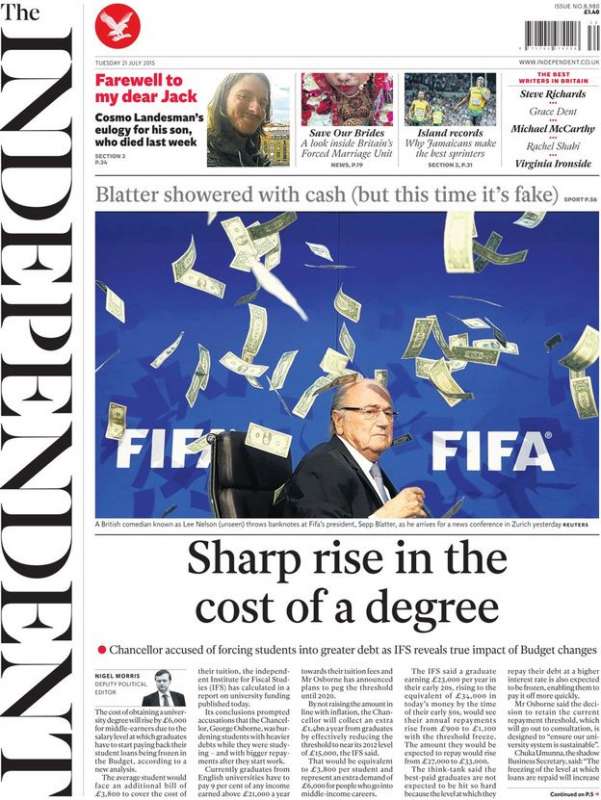 The attorney general’s office said he was being investigated “on suspicion of criminal mismanagement as well as – alternatively – on suspicion of misappropriation”, BBC reported.

Mr Blatter was being questioned, and his office was searched, it added. Fifa said it was co-operating with the Swiss attorney general.

Mr Blatter is also suspected of making a “disloyal payment” in 2011 to UEFA president Michel Platini, the statement said.

In May, seven Fifa officials were arrested in Zurich on corruption charges by US authorities.

Mr Blatter won a fifth consecutive Fifa presidential election on 29 May but, following claims of corruption, announced his decision to step down on 2 June.

He is due to leave the role at a Fifa extraordinary congress on 26 February.