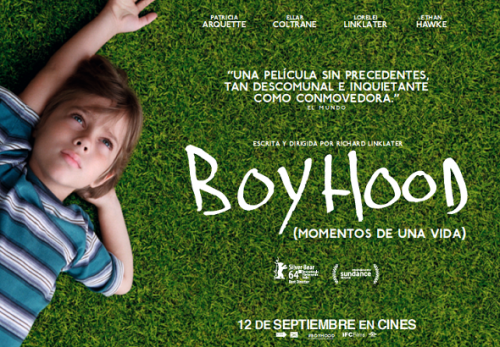 “Boyhood”, a coming-of-age story about growing up, won the top honours of Best Film and Best Director at the British Academy of Film and Television Arts (BAFTA) Awards, where “The Grand Budapest Hotel” walked away with five trophies.

Directed by Richard Linklater, who was absent from the ceremony, “Boyhood” is a groundbreaking film about growing up which was shot with the same actors a few days at a time over 12 years. It also won the Best Actress nod for Patricia Arquette.

The ceremony saw maximum awards being bagged by “The Grand Budapest Hotel”, which was leading the BAFTA nominations list this year with a mention in 11 categories. It won for Costume Design, Production Design, Makeup and Hair, Original Music and Original Screenplay.

India’s only hope this year was the Nimrat Kaur and Irrfan Khan starrer critically acclaimed “The Lunchbox” in the Film Not in the English Language category. But it lost to Polish drama “Ida” at the event, the red carpet of which saw Nimrat striking a pose in a pink designer gown.

In the Best Actor category, Eddie Redmayne triumphed for his portrayal of well-known physicist Stephen Hawking in “The Theory of Everything”, which also won Outstanding British Film and Best Adapted Screenplay. Hawking also made an appearance at the film awards gala with his family members.

The Best Actress winner at the event, held at the Royal Opera House, was Julianne Moore, for her moving portrayal of a woman succumbing to Alzheimer’s in “Still Alice”.

Movie “Whiplash” received three awards, including Best Editing, Best Sound and the Best Supporting Actor for J.K. Simmons, who essayed a tyrannical and ruthless music teacher Terence Fletcher in it.

“Birdman” won only one award for Best Cinematography. It went to Emmanuel Lubezki, who has won this category twice previously.

“The Lego Movie” received the BAFTA for Animated Film, and Special Visual Effects Award was presented to “Interstellar”.

Meanwhile, the trophy for Best Documentary was won by the team behind “Citizenfour”.

Writer Stephen Beresford and Producer David Livingstone received the award for Outstanding Debut by a British Writer, Director or Producer for their first feature film “Pride”.

The EE Rising Star Award, voted for by the public, was presented to Jack O’Connell, while the special award for Outstanding British Contribution to Cinema was presented to BBC Films in their 25th year.

Mike Leigh, whose films include “Naked”, “Secrets & Lies”, “Vera Drake” and “Mr. Turner”, received the Fellowship, the highest honour the BAFTA can bestow. It was presented to him by Imelda Staunton and Sally Hawkins.

The ceremony was hosted by Stephen Fry, and it was his tenth year as host.