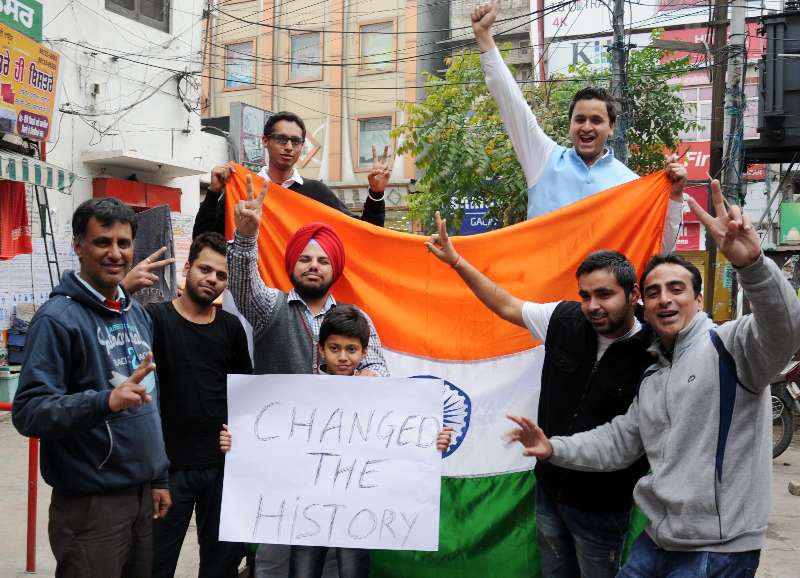 India has moved up one position to become the world’s seventh most-valued “nation brand”, with an increase of 32 percent in its brand value to $2.1 billion – the highest among all the top 20 nations on the list.

As per a report on world’s most valuable nation brands by global consultants Brand Finance, India is sole among the Brics nations to have witnessed an increase in its brand value, with the others – Brazil, Russia, China and South Africa – seeing a drop in their respective brand valuations.

India is the second most valued among these emerging economies after China, followed by Brazil, Russia and South Africa.

Brand Finance specialises in brand valuation and the valuation of intangible assets.

The US retains its pole position with a valuation of $19.7 billion, followed by China and Germany at the second and the third positions respectively.

“The US remains the world’s most valuable nation brand. Its value comes in large part from the country’s sheer economic scale. Not only is there a large, wealthy market predisposed to ‘buy American’ but also an unrivalled group of established companies and organisations exporting worldwide,” said Brand Finance.

“The US’ world-leading higher education system and the soft power arising from its dominance of the music and entertainment industries are significant contributors too. This soft power will help the US to retain the most valuable nation brand for some time after China’s seemingly imminent rise to become the world’s biggest economy,” the report added.

China has retained its second position despite a decline of one per cent in its brand value to $6.3 billion.

“China’s recent stock market turbulence and slowing growth will also extend the US’ tenure of the topspot. The slump in commodity prices brought about by China’s slowdown has affected the nation brand values of commodity exporters even more significantly than China,” it said.

Britain is ranked fourth, Japan is at fifth position and France is sixth.

While India and France have moved up one position each since last year, all the top five countries have retained their respective places.

Brand Finance said it measures the strength and value of the nation brands of 100 leading countries using a method based on the royalty relief mechanism, to value the world’s largest companies.

The nation brand valuation is based on 5-year sales forecasts of all brands in each nation. The country’s gross domestic product (GDP) is used as a proxy for total revenues.

According to a new World Bank report released earlier this week, India made the biggest improvement in business regulations among South Asian economies, moving up in the ease of doing business ranking from 134 to 130.