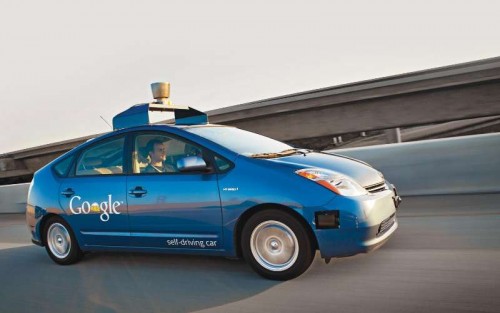 The British government gave the go-ahead to test driverless cars on public roads in a bid to take an international lead in the development of the new technology.

Companies wishing to conduct tests in the country are not limited to the test track or certain geographical areas, do not need to obtain certificates or permits, and are not required to provide a surety bond, said the country’s transport department, Xinhua reported.

“Driverless cars are the future. I want Britain to be at the forefront of this exciting new development, to embrace a technology that could transform our roads, and open up a brand new route for global investment,” said Transport Minister Claire Perry.

Real-world testing of automated technologies is allowed, providing a test driver is present and takes responsibility for the safe operation of the vehicle; and that the vehicles are used in compliance with road traffic laws, according to the government’ s announcement.

The British government will publish a code of practice in the spring of 2015, and review and amend domestic regulations by summer 2017 to accommodate driverless vehicle technology, it added.

The US was the first country to introduce legislation to permit automated vehicles testing, but only four states have done this.

Britain’s first driverless vehicle to run on the streets was officially unveiled Wednesday at a government launch event.

The prototype ‘LUTZ Pathfinder’ pod is an electric-powered two-seat car designed to work on sidewalks and pedestrianised areas at a maximum speed of 24 km per hour.

The pods are being built by RDM Group, one of Britain’s fastest growing advanced engineering companies, and will be equipped with sensor and navigation technology provided by the University of Oxford’s Mobile Robotics Group.

The pods will be tested on a route in Milton Keynes in summer. This will be the first time driverless vehicles will be used in Britain in an urban community setting.

“The projects we are now funding in Greenwich, Bristol, Milton Keynes and Coventry will help to ensure we are world leaders in this field and able to benefit from what is expected to be a 900 billion-pound ($1.37 trillion) industry by 2025,” Xinhua news agency quoted Britain’s Government Business Secretary Vince Cable as saying at Wednesday’s launch event.

“The UK is at the forefront of this emerging new technology and poised to become the leading supplier of autonomous vehicles and systems around the world,” said Steve Yianni, CEO of project leaders, The Transport Systems Catapult (TSC).

The TSC is one of seven elite technology and innovation centres established and overseen by Britain’s innovation agency, Innovate UK.

Based in Milton Keynes, TSC is a world class collaboration facility for innovators, entrepreneurs, researchers and business leaders. It is a partner in a $30-million consortium set up to create a full city demonstrator that will eventually see public trials with a fleet of around 40 driverless pods using pedestrianised areas.

Neil Fulton, programme director at TSC, stressed safety would be the “number one priority” during the trials, using devices such as electronic sensors and cameras and an emergency stop ability.