The Met Office said there was an “80 per cent probability” of heatwave conditions between noon today – 30 June and 6am on Thursday, 2 July in parts of England….reports Asian Lite News 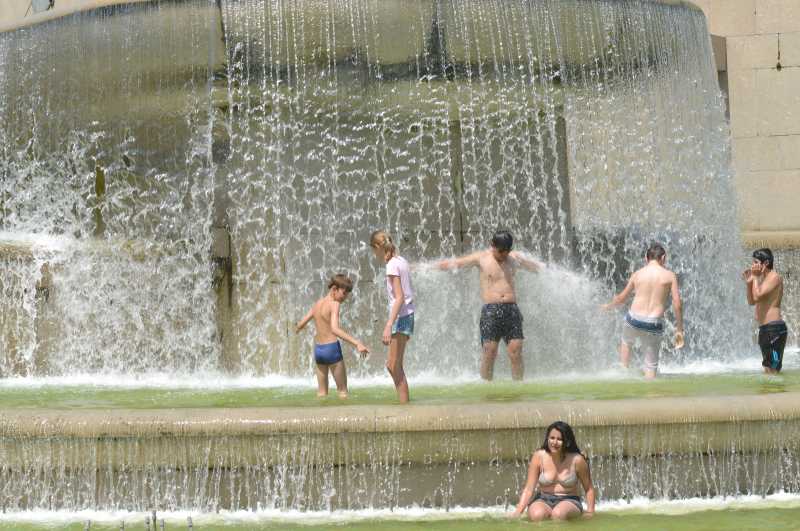 According to Met Office 1st July is likely to be the hottest day of the year. With temperatures like to soar towards the 30C, a health alert has been triggered across Britain. The Met Office said there was an “80 per cent probability” of heatwave conditions between noon today – 30 June and 6am on Thursday, 2 July in parts of England.

The forecast triggered a ‘Level 2’ alert with the Met Office warning: “Heatwaves can be dangerous, especially for the very young or very old or those with chronic disease.”

The Level 2 alert – calling for “alert and readiness” – is the third-highest warning that can be issued.

Level 3 is “heatwave action”, while Level 4 is “national emergency”.

A MET spokesman said temperatures are expected to build and Wednesday, is likely to be the hottest day of the year so far, with temperatures soaring to 33C (91F).

The spokesman further added that temperatures will drop again on Thursday 2 July when severe thunderstorms are likely to hit parts of England before climbing again ahead of the weekend.

The heat wave is caused by a warm front and tropical continental air mass from Europe pushing across the country – bringing with it high temperatures and humidity.

Following the dramatic forecasts, Public Health England has issued a warning that the hot conditions could kill – with the very young and elderly particularly vulnerable.

It is reported that heat exhaustion and heat stroke are the most serious problems that can develop when the mercury soars.