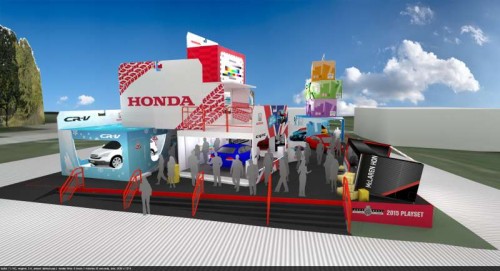 One in five UK adults (22%) admit to still playing with toy cars, even when the children aren’t around, according to new research out today.

And while half of this group (11%) is quite happy to do so in the company of other adults, the same number prefers to do so only in private.

The research goes on to further underline the nation’s passion for the ever-popular toy car, with almost a third of adults (29%) admitting to still holding on to the models they owned as a child. One in ten (10%) are so protective of their precious mini marques that they hide them away for safe keeping, while a similar number (6.6%) are conversely so proud of their collection that they keep it on display at home.

Such is the passion for toy cars among UK adults that one in seven (13%) have received one as a gift as an adult, while one in twenty (6%) haven’t, but wish they had.  A quarter (24%) also admit to being excited when buying a toy car as a gift because it brings back happy childhood memories.

The nation’s houses, it seems, are packed with toy cars dating back decades, with one in five (21%) having received ‘hand me downs’ from other family members. And while one in five (21%) have been pleased to in turn hand down their precious toy cars to the next generation, 3.4% wish they hadn’t, and the same number wouldn’t do so because they mean too much to them.

Peter Jenkinson, professional Toyologist and founder of ‘Toyology’ comments: “We love toy cars as kids both big and small; they’re aspirational when you are young and still so when you have kids of your own. They look great on shelves at home as decorative display objects and of course are superb playthings with which to role play and create stories – either with or without the kids! It is hardly surprising that almost a quarter of us still get excited about buying a toy car as an adult.”

Further underlining the popularity of the toy car over the years is research from leading trade magazine ‘Toy News’. In a poll among industry figures published in February 2015 to find the greatest toy of all time, Scalextric came in at number 4, with Matchbox Cars at 8, followed by Hot Wheels at number 38.

The research of more than 2,000 UK adults by Opinion Matters was commissioned by Honda (UK) on the eve of one of the highlights of the UK social calendar, the Goodwood Festival of Speed.

Honda (UK)’s highly-innovative and engaging stand will showcase its all-new line-up for 2015, with highlights including the hotly-anticipated Civic Type R, the new HR-V and Jazz, and the UK debut of the NSX supercar.

Dubbed the ‘Honda Playset’, the imaginative stand design has been created to look like a collection of children’s toy cars with over-sized toy boxes featuring life-size cars sitting inside each one. As well as showcasing the cars, each box has been designed to offer a unique experience once inside, as well as the chance to win exciting prizes relating to each toy box.  For example, with the Jazz creative focused around shopping, visitors could win a shopping spree at Selfridges.