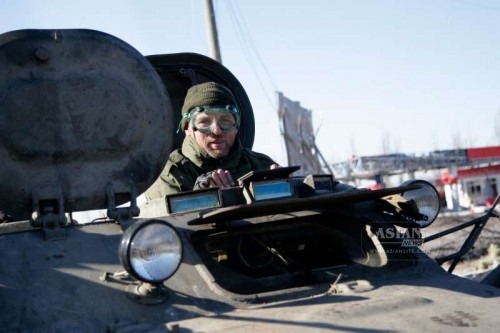 The decision to this effect was announced by Prime Minister David Cameron last month, BBC reported.

Thirty-five trainers are working in the southern city of Mykolaiv and will spend about two months in the country.

They will be training forces engaged in battles in eastern Ukraine in medicine and defensive tactics, and supply non-lethal equipment.

According to authorities, more British teams are expected to arrive in Ukraine.

The US also said that it is planning to send a team to train three Ukrainian battalions.

More than 6,000 people have died since the fighting in Ukraine erupted last April, the UN said in a latest report.