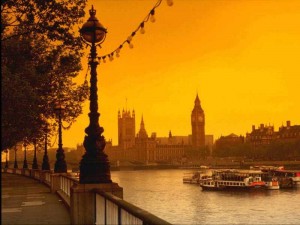 Thousands of people are expected to join anti-government demonstrations during the State Opening of Britain’s parliament.

Organisers expect a crowd of around 5,000, including a large student bloc, to gather at central London’s Trafalgar Square in opposition to Prime Minister David Cameron’s Conservative Party’s plans for five more years of spending cuts, The Guardian reported.

About 2,000 are expected to hold a separate march from Downing Street through Westminster.

Another set of demonstrators has organised a protest on Parliament Square earlier the same day, around the time the Queen is expected to arrive at Westminster for the State Opening of Parliament.

The rallies are part of a wave of protests that have followed the Conservatives’ election victory on May 7.

Fifteen people were arrested a day after the results when clashes broke out between police and protesters outside Downing Street.

The government’s proposed measures are expected to include 12 billion pounds (about $18 billion) in cuts on welfare, a dismantling of human rights laws, limits on strike action, and pro-business reform of public services including schools and healthcare.